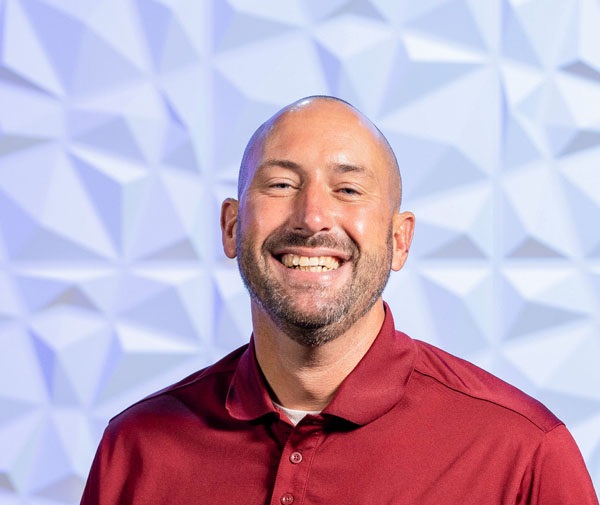 “I am so excited about dreaming with Columbia-area Baptist churches about how we can all be better at fulfilling the Great Commission together as an association. I am here to serve,” Rogers says of the opportunity to lead the Midlands family of churches.

Search Team Chair Ryan Dupree spoke to the team’s process and introduced Rogers as a relational leader active in denominational work who “has a burden for the lost in Columbia, a passion for engaging and reaching ethnic groups in the Columbia area, and a love of global and local missions. He also loves pastors, has a servant’s heart, and sees the local association as a true family.”

Rogers has been the Columbia Baptist Collegiate Ministry Director on the University of South Carolina campus since 2018. In that role, he led the campus ministry to adopt an outreach-focused strategy to reach lost students with the gospel, partnered with CMBA churches to engage local and international students, and saw the ministry almost triple in student participation during his tenure.

“I’ve been a follower of Jesus now for most of my life. I’ve been honored to have been allowed by God to serve Him in a few different roles as pastor, missionary, church planter, collegiate minister, and now as an associational executive director,” Rogers says.

In addition to planting a church in New York from 2014 to 2018, Rogers has also served on staff with six South Carolina Baptist churches. He was senior pastor of Kershaw Second Baptist, Solid Rock Baptist in Aiken, Redd’s Branch Baptist in Aiken, and Union Baptist in Creedmoor, N.C. Read additional information about Rogers and his family here.

“The opportunity to be able to lead the CMBA is a daunting one, but one I know God has great concern for. I do believe God has been shaping me to fulfill this role,” Rogers says. “As I meet with pastors, church leaders and members, I look forward to hearing how CMBA can best help and serve you.”

CMBA is a fellowship of Baptist churches consisting of about 100 member congregations located in Richland County, Fairfield County and a portion of Kershaw County. Visit www.ColumbiaMetro.org for more information.