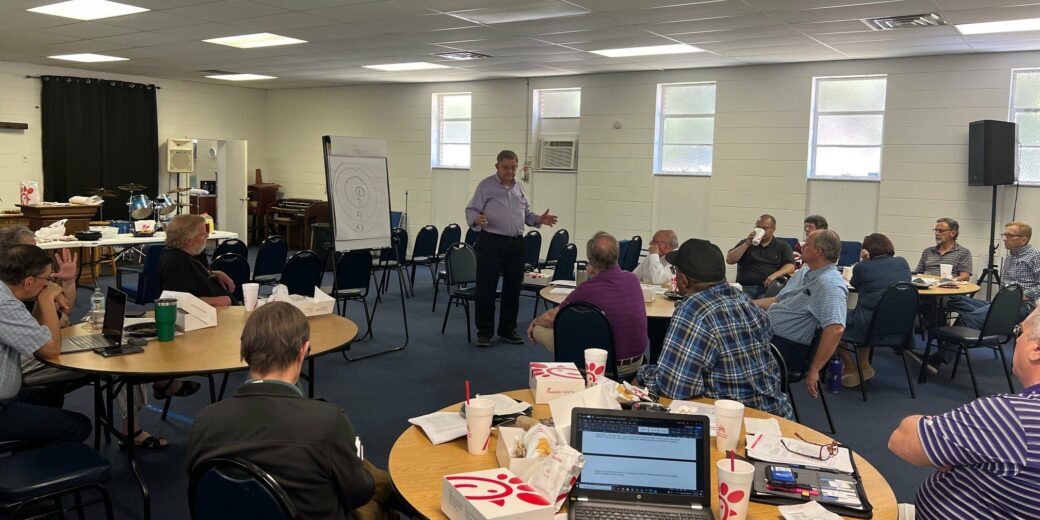 An informational Columbia Metro: Mission Local session was held May 5 at Woodfield Park Baptist Church. CMBA is raising awareness of the need for missional deployment within the local context from our Family of Congregations. Executive Director George Bullard called Woodfield Park “Mission Field Alpha” for this long-term missions ministry opportunity.

The Woodfield Park community is in desperate need of three to four church partners committed to prayerfully consider how to build relationships, spend time in and share the love of Jesus with this lost and hurting mission field. Bullard explains that “adopting a community context” is a viable way that CMBA churches can work together to reach the roughly 7,000 people living in approximately 2,800 households where there is no strong church presence and where other ministry efforts have previously failed.

Bullard says “we’re at a point of needing medium to large CMBA churches with a passion for Mission Field Alpha, willing to plan a mission strategy as if there wasn’t a church already here yet acknowledging there is a remnant church and facility already in place. It must start with the basics and with a diversity perspective.”

“There are many challenges here, but none eclipse the opportunities that exist,” says Woodfield Park Pastor Jeff Phillips, who has served in this community – and congregation – for the past decade.

The Woodfield Park neighborhood was originally built as off campus housing for those serving at Fort Jackson. Current demographics include great racial and ethnic diversity and a majority of residents live below the poverty line. Nearby living conditions include subsidized housing, trailer parks, apartments and single-family housing, often with multiple families living together.

Leslie Roth, a social worker at nearby Condor Elementary, is excited by this Mission Local idea because schools and churches make amazing partners that “just make sense.” In her work, Roths sees community children “living in chronic stress, many have been displaced and often lack regular healthcare. Yet despite living in uncertain situations, I do see many students persevere and believe that with love and support there are opportunities for change.”

Roth says roughly 40% of those living in the community are immigrants new to the area that need a variety of support and mentoring. This figure is not surprising given that Woodfield Park borders Decker Boulevard, which is known as the “International Corridor.” This offers another layer of opportunity through Mission Local to make a way for the gospel to be spread around the world through immigrants living in the Woodfield Park area.

In Phillips’ experience, relationships will be key to having any meaningful impact and must involve people willing to plant themselves in the neighborhood. “I have never set foot in a more ripe mission field than this area. What is needed are the workers ready to serve and do the things that need to be done to reach these people,” he says of the opportunity.

Bullard agrees, saying CMBA wants to “figure out what really is going on in the households and people groups within the community, then do intentional ministry that connects with them.” CMBA is now looking to identify churches interested in exploring possibilities using their giftedness and strengths and willing to commit five to seven years to the process.

This exploratory discussion is the next step in the Mission Local process, and will take place Thursday, June 2, at 11:30 a.m. at Woodfield Park Church, 1834 Morninglo Lane. A light lunch will be provided. Email CMBA@ColumbiaMetro.org if you will be attending.