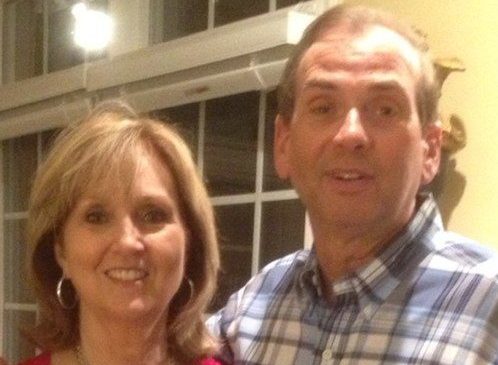 Robert Winburn says it over again, “Of all men, I am most blessed.”

Yes, in 2019 he celebrated 30 years as pastor of Spring Valley Baptist Church, in Columbia, but he and his wife, Linda, “Cookie,” celebrate each day that all four of their children have Christ-centered marriages involved in local church ministry.

He speaks of being “blessed” by his current family of 22 when he recalls his own childhood.

“I grew up as an only child and without a dad,” Robert says, remembering the loss of a sister when he was a child and the divorce of his parents that followed. “We were in Hartsville, and my mother and I moved to Ehrhardt, where she was from. I didn’t have a dad, but I had a few uncles and a grandmother. Some of the men in the church spent time with me, helping with woodworking and crafts. I began to watch them and pick up on their best qualities – things I wanted to emulate one day as a man, a husband, and a father. Even before Cookie and I married I read what I could find to read on marriage and family.

“Cookie grew up in the home of a Baptist pastor,” Robert says. “He was a businessman, who was called to the ministry, sold his business in Knoxville, moved to Southern Seminary in Louisville, and stayed in Kentucky. He’s 92 years old and was at his last church for 41 years. Cookie and I have been married 43 years, we have four children and 12 grandchildren.” Cookie was South Carolina’s Teacher of the Year in 2005. She taught in Richland School District Two and was on faculty at the University of South Carolina for a time.

“I am deeply thankful that my children grew up and valued what Cookie and I embraced in ministry,” he says. “We are blessed.”

Lara Beth married Jay Hardwick and both have degrees from Southern Seminary. Jay served as a church planter, and is now the Associate Executive Director and Chief Strategist for the South Carolina Baptist Convention. They have three daughters and live in Lexington.

Andrew graduated from the University of South Carolina and worked in the private sector before answering God’s call to the ministry, attending and graduating from Southeastern Baptist Theological Seminary. He serves as Senior Pastor of Fort Johnson Baptist Church, in Charleston. He and his wife, Meagan, have three children.

Emily Ann is married to Philip Turner, who has his masters from North Greenville University.  He serves as the Student Minister at First Baptist Church, Columbia, where he has been since 2014. They have three children.

After serving on the state convention’s Summersalt staff for six years and at USC’s BCM for a year, Sara Lynn attended Southwestern Baptist Theological Seminary where she met and married Doc Hanberry. Both graduated from Southwestern and moved to Columbia where Doc serves as Executive Pastor of Ministry at Riverland Hills Baptist Church. They have three children.

Looking back on his own childhood and how that fed into his marriage and parenting, Robert said that child-raising comes down to some simple things:

“I am reaping today what Cookie and I sewed in the lives of our children,” he said. “What a joy to see them honoring God with their call to ministry and to their devotion to continuing the core values we taught them.   We are beyond blessed to have such an active relationship with our grandchildren – it’s all a blessing. My encouragement to young dads everywhere is to remain faithful to the Lord, your wife, and your family.”