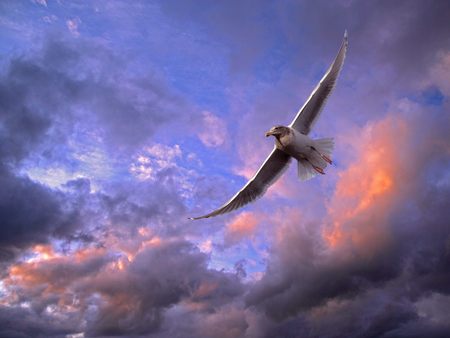 This “Urban Gospel” congregation composed primarily of African-Americans is pursuing a journey that may well lead to Lake Avenue becoming a FaithSoaring Church. It was not founded as an African-American congregation. It was founded by Anglo-American families in the mid-1950s in the suburban area of a large city.

Towards the end of its first generation of life its context began to change when a historically black state university built a satellite campus across the street from the church facilities. With significant state and federal government funding, this satellite campus began to expand and rapidly increase in student enrollment.

For several years, Lake Avenue sought to continue the same ministries characteristic of its early years. Ultimately it began a collegiate ministry focused on both the residential and commuting students at the university. They employed two student interns each year to lead the collegiate ministry, but with only limited success.

A hinge point was reached when their pastor of 28 years retired. During the interim the congregation made the decision to pursue an African-American as their next pastor. The result of this pursuit was that they hit the proverbial jackpot. They secured an interracial clergy couple as their next pastoral team. The wife, Joy Goodson, is Anglo-American and the husband, Raymond Goodson, is African-American. While they alternate teaching responsibilities, Raymond is the worship leader each week.

The ministry of the new pastor couple was not immediately effective. Many transition issues needed to be addressed. Their first decade of ministry leadership focused on laying a foundation for excellent ministry. One transition was that the university leapt across the street, and was soon making offers to purchase Lake Avenue facilities. After several rounds of negotiation, the offer of the university was accepted, and Lake Avenue purchased and moved into an abandoned strip shopping center a half-mile away.

In their new location Lake Avenue engaged in an extreme congregational makeover. They started with a blank sheet of paper and redesigned the church. They are now into their seventh year of living into the Vision for a redesigned congregational movement. They are well on their way to becoming a FaithSoaring Church with a full synergy of Vision, Relationships, Programs, and Management.

At only eight years old, Downtown has not been in existence long enough to fit the definition of a FaithSoaringChurch. They have not yet developed the formal Management quality in their congregation. It is probably eight or more years away. Yet it certainly is alive with Vision and Programs, and has had great Relationships that it has set aside for a while as it focuses on developing high quality programs, ministries, and activities.

Downtown began in a commercial building near the center of its city. Three clergy families formed the core leadership from the first day forward. One unique element about these families is that one was Asian-American, one African-American, and one Anglo-American. This west coast congregation was multi-ethnic, multi-racial, and multi-cultural from its beginning.

Following a full year of spiritual and strategic preparation, gathering a core community, identifying some Hispanic-American leadership to balance the composition of the clergy staff, they launched with more than 300 people present their first Sunday, and settled into a solid attendance of 260 within the first several months. Now at their eighth anniversary they were averaging 800 in three worship services; one of which is at 9:00 p.m. on Sunday evenings to reach a large collegiate population near the church location.

Trinity is a former FaithSoaring Church. This means they once achieved FaithSoaring status, but relaxed thinking that once there meant always there. They did not understand the seven year pattern of FaithSoaring that means once a congregation is at least a generation old and Vision wanes for the first time, that any succeeding dream of Vision only has the ability to last seven years before a new transformation effort is needed.

Trinity is 65 years old as a congregation. While it once grew to have 550 in weekly worship attendance, it now vacillates between 80 and 90 in attendance. They have not been FaithSoaring for more than 20 years now. A congregation with a worship style seen as traditional within their denomination, they are located in what was once a stable neighborhood two miles from the center of the city, and are now in an ever-changing inner neighborhood. They did not move. The context changed.

Their facilities are aging, and they cannot keep up with the repairs. Once filled classrooms are now used for storage. Their facilities include what was once their first sanctuary, plus the newer, larger one they built three decades ago when they thought they would continue growing. Now they rattle around in it. A Pentecostal congregation uses their old sanctuary and fills their parking lot on Sundays.

Kevin Schmidt has been the Senior Pastor for the past four years. In his late 50s, Kevin left Christian ministry service 13 years earlier following a personally harmful mid-life crisis. Trinity represents his restoration and return to congregational ministry.

It is a shame, yet we must admit that First is clueless about what it means to be a FaithSoaring Church. It has nothing to do with it being the First church of its denomination in its medium size city. It has to do with its efforts to bring back the 1970s.

First has five birth generations represented in the congregation—Silents, Builders, Boomers, Busters, and Blasters/Millennials. They have many people with a tenure of membership of 30 years or more. Also, their pattern is that they are almost exclusively attractive to people from a churched culture who understand how church works. Few preChristians and unchurched persons are attracted to, and—unfortunately—welcomed in this congregation.

Their worship, discipleship, fellowship, leadership, and missions approaches will be considered cutting edge when the 1970s come back. Until then some call them retro and others reactionary. They have an early Sunday blended worship service that appeals somewhat to the younger and newer people in the congregation. But, the main worship service is at the sacred hour, with the sacred style, and hardly fills half of the 700-seat sanctuary.

Survival is not an issue. They have an annual income of more than $1.3 million from an average attendance in both worship services of 450. Additionally, they have a $4 million endowment. With these resources, they do not have to be FaithSoaring, and there is no danger they will try.

Wayne Gregory is the Senior Pastor of First. She has a PhD in Old Testament Theology. He taught at a denominational seminary before coming to First 21 years ago as Associate Pastor. When the previous pastor left he was called as pastor.

Dialogue for Your Congregation

November Devotions for the Sunday Morning Huddle for Guest Services

Crafting Three Scenarios for the Future of Your Congregation