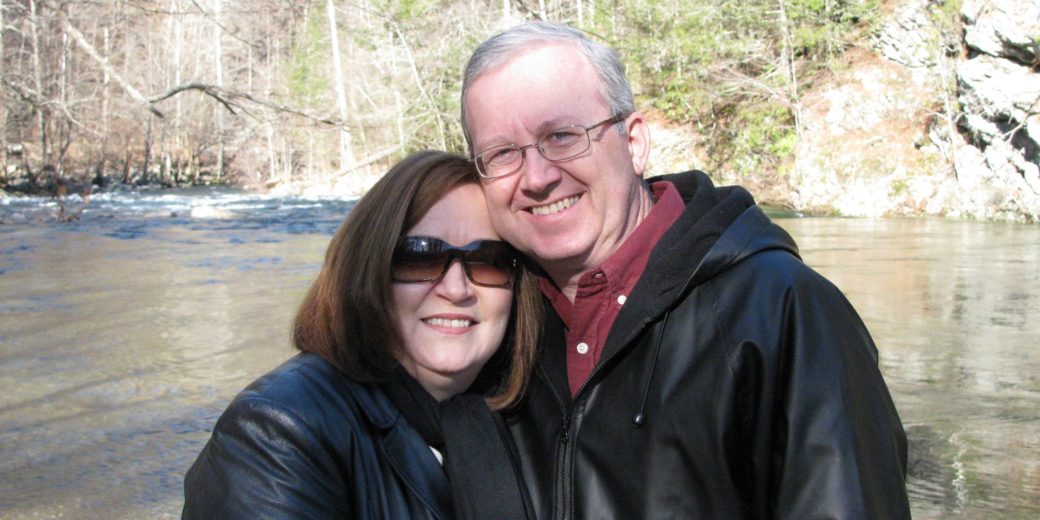 In 2016, Craig Bailey was praying about where God might use him next. He had lived and served in Asheville, NC, for 11 years, serving as director of missions for the Buncombe Baptist Association and then on the “front lines” helping one church at a time with interim and intentional interim ministries.

Swannanoa First Baptist transitioned between pastors very smoothly and with great success, leading to a healthy and strong church. Arden First Baptist was about ready to close when Craig led them to reorganize over three years, training their leaders and launched a new season of strong ministry and growth.

“My prayers were to ask the Lord, ‘What’s next?’ and I heard about First Baptist Church in Winnsboro,” Craig says. “I did some research. I knew the church had been going downhill for a time, and finances were tough, but I also saw news of the two nuclear reactors being built in Fairfield County. I thought, ‘Fairfield County will surely grow with $50 million coming in to build those reactors.’”

Having served Second Baptist Church of Beech Island, SC, from 1995 to 2000, Craig was also aware of the South Carolina Baptist Convention and its successful mission to serve churches.

Craig and Sue Bailey arrived in Winnsboro in January 2016, and 14 months later, Westinghouse Electric Company filed for Chapter 11 bankruptcy because of $9 million of losses from the U.S. nuclear construction projects. SCANA then decided to abandon the project in July 2017, and minority partner Santee Cooper voted to cease all construction.

“In one day, our community lost 5,000 jobs,” Craig says. “Walmart was gone, the local newspaper closed, downtown businesses closed, and the county today has about the same amount of people as it did before the Civil War. If that wasn’t bad enough, and it was, I became more and more aware that the South Carolina Baptist Convention was selling White Oak Conference Center.”

“Church revitalization in the face of economic depression is hard,” Craig says. “It’s especially hard on a church that was organized in 1858 and has deep roots, generationally, throughout the community. Revitalization means change, and it’s hard to think about change when you see young and vibrant people moving away because they need better jobs. For those who remain, it’s easy to let depression affect attitudes about everything, including the church.”

“This situation did not surprise God,” Craig says. “Sometimes, God will call us where we never would go on our own. God reminds us that He never leaves us, and He provides people who can help. You reach a point where you say, ‘We’ve had it rough here for a couple of years. It’s time to quit complaining and move forward.’”

“We are fortunate to have 100 in worship on most Sundays, and we are working to think inside-out,” Craig says. “On Wednesday nights, we are studying Wayne Bray’s book, Inside Out.” Bray is the lead pastor of First Baptist Church Simpsonville, SC, and his book examines the spiritual issues of churches and how they affect the response to the world today. As part of Craig’s mission to reach the world from Winnsboro, he does a daily live devotional on his Facebook page and YouTube channel called “Wake up in the Word.”

“We are also working through my 20-20 Vision Process, where we stop worrying about taking care of ourselves and putting an emotional emphasis on how we want the church to be,” Craig says. “It’s so easy to fall into the church-as-a-fortress mentality when we should be working on the mission field that’s in front of us – right outside our doors.”

Craig says he is working on a partnership with Columbia International University on the north side of Columbia, hoping for a few students to come to help at First Baptist. “I’m the only staff member. We can’t afford full-time staff, so we are looking at some creative engineering, maybe some part-time people to help with ministry into the community.”

The community is seeing some new energy, too. A former Mac Truck plant, once a Winnsboro icon, has sat empty and depressed for four years but is now a small factory that makes Memory Foam mattresses. The old Walmart building has been purchased for another small manufacturing operation. Some life is returning to small businesses, which leads to a positive feel around the community.

“We hope it translates into excitement for the churches,” Craig says. “Not just our church, but all the churches of this area. We honestly hope that we can all work together on some mission activities and other events. I’m so thankful that we are a part of the Columbia Metro Baptist Association because the access to resources is another way the Lord is providing for the future of our church.”

Through his associational service in North Carolina and the Stone Mountain Baptist Association just outside Atlanta, Craig knows the value of Baptist associational life.

“I’ve been a part of church health and revitalization in churches, associations, and state conventions over three states in the past 25 years,” Craig says. “It’s a challenge here in Fairfield County, but we know we are never alone in serving the Lord.”

CMC 036: Chris Hanley on Saturating Community with the Gospel