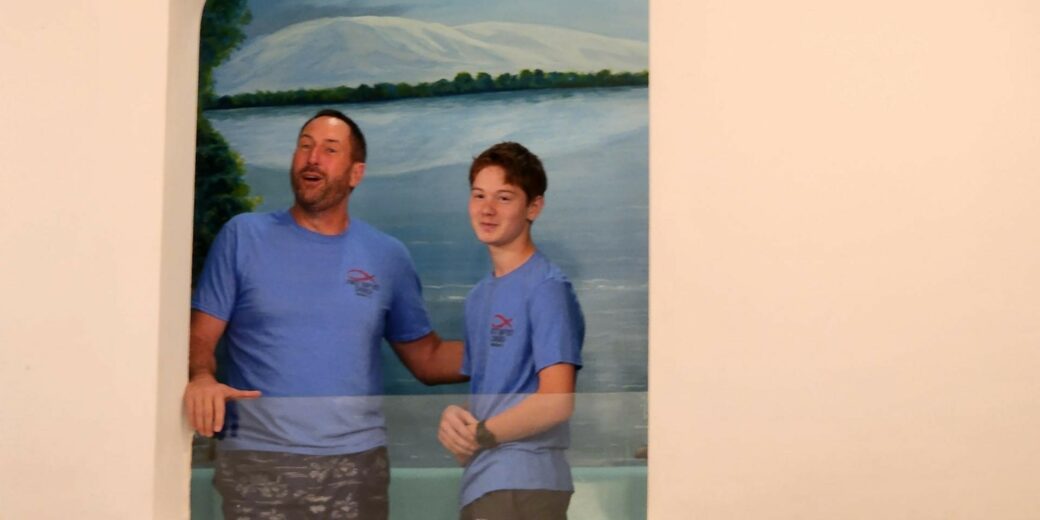 Each time a lost person prays to accept Christ, there is cause for celebration. Salvations are occurring throughout the CMBA Family of Churches, and our association is ready to celebrate these decisions and baptisms. Read about some recent stories happening in CMBA churches below.

First Baptist Ridgeway’s story is unique, in that the congregation is seeing exciting life change while experiencing a revitalization and church partnership. In 2019, the church was averaging 16 people in worship when it called an Army chaplain, Brandon Denning, as pastor. Some traction was made in his early days there that helped the momentum build even through remote worship during Covid. As Denning was deployed earlier this year, and later shared he was unable to continue serving as pastor because of his military duties, the church was averaging 50 people during Sunday morning worship.

North Trenholm Baptist began providing pulpit supply and the South Carolina Baptist Convention stepped in with revitalization help, and the church began moving forward with a ministry plan. Jamie Rogers, then serving as director of Baptist Collegiate Ministry at USC, was called as interim pastor and continued leading the church to engage the community. During this time, a church member invited his friend Duane to worship at First Baptist Ridgeway.

After regularly worshipping with the congregation, Duane decided to join the church. While meeting with Duane and his wife, Rogers shared the gospel and Duane prayed to receive Christ. Before Rogers was called to serve as the CMBA Associational Missions Strategist he was able to baptize Duane, and another student at the same time.

Current Interim Pastor Joe Copeland, also an elder at North Trenholm and SCBC church strategist specialist, reports that First Baptist Ridgeway is working to make some facility improvements and call a fulltime pastor to continue leading them forward. Copeland says the ongoing support from CMBA and the state convention, along with financial and partnership support from First Baptist Columbia, are helping the congregation reach their community with the gospel.

“The partnerships have encouraged members of First Baptist as they experience the faithfulness of God and give Him the glory for the great things He has done,” Copeland says.

On any given Sunday, GraceChurch of Columbia welcomes between eight and 12 individuals experiencing homelessness to their worship services. Pastor Bill Crews says some individuals from the Oliver Gospel Mission stay in the church for years and others disappear as quickly as they came.

“We invite these guys to not just attend church, but serve in the ministries of our church as well,” he explains. “One of the guys served at a food distribution at a local apartment complex this fall, and many attend Wednesday night prayer group.”

On average, Crews baptizes three to four men each year from the mission, with the most recent baptism happening this fall. Discipleship Pastor John Cromer is also a life coach at the mission, and he provides the men with transportation to and from the church. Crews points out that having the men brought to the church makes the process of sharing the gospel and baptizing them easier, while logistically making it more complicated to disciple them. He is thankful that there are a few men who do intentionally disciple these new believers.

“Not every church would welcome these guys like ours does. That was one of the things that attracted me to pastor GraceChurch,” Crews says. “They are a part of our church. They are more than just attenders each Sunday. Their participation actually drove us to restart our Wednesday night prayer after Covid because we wanted to get the guys who wanted to come here to join us again.”

Pastor Freddy Johnson reports that over the course of three Sundays in late summer 2022, he baptized five individuals who prayed to receive Christ. “In our church we usually baptize several people a year, but rarely that many in such a short period of time,” he says, adding some special backstories for these new believers.

“Joe” is a man in his sixties that thought he’d become a Christian as a teenager. He attended NorthPoint on a regular basis for some time, and asked to meet with Johnson. After “walking him through the gospel,” Johnson says Joe recognized he’d never really given his life to Christ and had never been baptized. “Sam” grew up without a faith background and in recent years experienced significant weight loss. As part of his commitment to take better care of all areas of his life, he met with Johnson to explore what it meant to have a personal relationship with Jesus. He also gave his life to Christ and was later baptized.

After being resuscitated following a medical emergency several years ago, “Jack” became a Christ follower. But without regular discipleship, Jack floundered spiritually while confusing elements of Catholicism and Christianity. He recently joined NorthPoint and even overcame a personal fear of water to be baptized.

Johnson says at least one of the recent baptisms have been for an individual living with a debilitating condition. As a pastor he doesn’t shy away from difficult conversations and, as in the case of this church member, the person now has “accepted Christ as his Savior and is certain of his future beyond this life.”