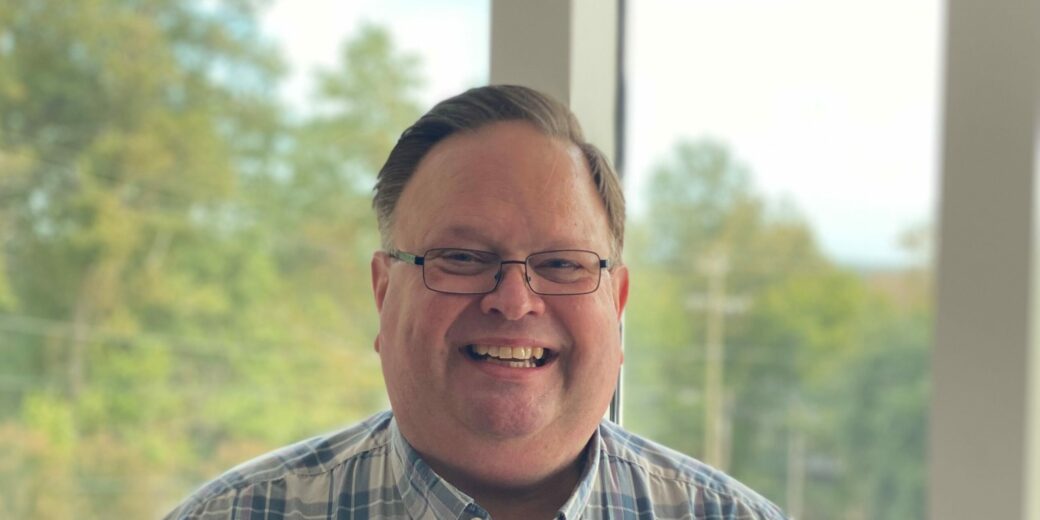 Rev. Bill Wright will retire from full-time ministry effective June 30, 2022. Bill served on staff with CMBA for 14 years and in various other ministry and leadership roles within the association. He announced his plans earlier this month to his church, Temple Baptist, where he has also served as associate pastor.

“Bill Wright served the association with great passion for its overall missions and ministry concerns. He did this not only while he was on staff, but also as a volunteer on the Visionary Leadership Community plus the year he recently served as moderator of the association. He weeps for his city and for the people who need to know the Lord. Nothing greater can be said about a servant of the Lord who has responded to God’s call on their life,” says CMBA Executive Director George Bullard.

Bill loves his church, calling Temple Baptist “wonderful. They were so good to me when I served on staff at CMBA and have continued to love and care for me these last few years. I have had the privilege to preach, teach, lead community missions and provide pastoral care. I have also been a part of a wonderful small group which has been the greatest blessing of my life.”

An Aiken native, Bill was 10 years old when he prayed to receive Christ in his home with the late Director of Missions Rev. Tommy Knotts. He grew up at Talatha Baptist Church, where he was also ordained in 1988. He earned a Bachelor of Arts degree from Baptist College, now Charleston Southern University, and went on to earn a Master of Divinity from Southeastern Baptist Theological Seminary.

Over the course of 14 years, Bill served as senior pastor for three churches in South Carolina – Hopewell Baptist in Adams Run, Burnettown First Baptist in Aiken Association, and First Baptist Leesville. He then became Director of Missions Ministries at CMBA, during which time he and his wife Stephanie were appointed as career North American Mission Board missionaries. He also served as Associate Director for CMBA, but “if it had to do with reaching outside the walls of the church into the community, it was probably my job,” Bill says of his associational work.

Cathy Locklear, retired CMBA Ministry Mobilizer, has known Bill more than 20 years and says she always enjoyed serving alongside her former mentor. She recalls key ministry impacts like feeding the displaced victims of Hurricane Katrina and how he organized shelters, water stations and home repairs following the 2015 flood that impacted the Midlands. “Bill has always encouraged churches to partner with their community officials to make Columbia and South Carolina a better place to live,” Cathy says. “Bill leads by example, and I have admired his character through the years I have known him.”

During his tenure Bill oversaw many associational ministries including World Changers, prison ministry, State Fair ministry, mission trips for smaller membership churches and a Good Samaritan clinic. The role also opened the door for a unique opportunity – serving as chaplain for The Columbia Blowfish baseball team when it was based in Columbia.

“I love baseball and it was a great opportunity to minister to 18 to 22-year-old young men. I had chapel for them once a week and went to every home game to spend time with the staff and team members. It was such a blessing…and just plain fun,” he says of the experience.

As Bill looks to CMBA’s future possibilities, he says its brightest days are still ahead. Citing the progress Bullard has led in the last five years, he believes the association is ready to move forward into a future of ministry.

“We work together as a family of churches centered around the gospel of Jesus Christ to a culture that is far from God. Our association has great leadership both in the staff and in the church leaders who serve faithfully. We are very blessed as an association,” Bill says. “I look forward in the next season of my life to continue to serve in any way possible to be an encouragement to our CMBA churches.”

That next season will include some fun and a lot more time with family. Bill also hopes to explore his growing interest in writing and photography. His devotion to Stephanie will also take more of his post-retirement time, as Bill says she “has given and sacrificed through the years, demonstrating to me what a follower of Jesus really looks like. I want to give to her the same love and care she has poured out on me in our married life.”

The Wrights have been married 33 years and have two adult sons. Nathan will be married in October 2022. Daniel and his wife Sadie have children Timothy (age five) and Joshua (age two), and live in Detroit, Michigan, where they are serving in ministry. Retirement will also lend more time for Bill to support Daniel’s family’s ministry in that “forgotten area of our nation where the spiritual darkness is heavy. I want to spend time continuing to encourage pastors and church planters in that area.”

While his years of full-time ministry are ending, Bill will never stop living out his faith and sharing his relational giftedness with those around him, saying “I would like to continue in ministry as Jesus sees fit, doing supply preaching or interim work. Just like anyone in ministry, ‘retirement’ actually comes when we cross the finish line and are with Jesus. Until then, I want to serve Him in any way He desires.”

Sharing God’s Love “Behind the Fence”

New Roof at GraceChurch of Columbia Evidence of “Kingdom Work”