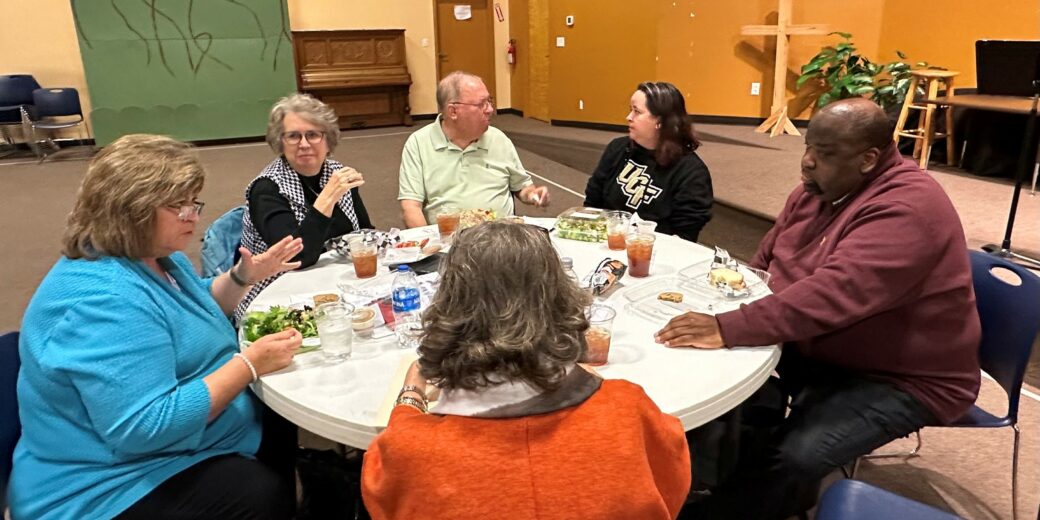 Under CMBA’s mission to “help our Family of Churches unleash a missional movement across the greater Columbia area,” the team spent time evaluating strategies for deeper church engagement through greater participation in the Annual Church Profile – that provides valuable data to assist churches – and relationship building with key church staff leadership.

Of note, Associational Missions Strategist Jamie Rogers named sub-teams through which members will serve with CMBA Huddle leadership to encourage pastors, address church health issues, and lead CMBA churches to adopt an Acts 1:8 mission. The Administrative Team will meet six times in 2023 as a large group, leaving the remaining months during the calendar year open for the sub-teams to further collaborate on CMBA strategies and efforts within their scope. The team assignments are:

Building on the introduction presented earlier this month in a video message to CMBA pastors, Rogers told Administrative Team members that the reorganization will “allow us to come alongside churches to create a missional movement throughout our area.” Rogers defines his role as helping all churches see their community through fresh eyes to more effectively reach people living there with the gospel.

“This year I’m determined for us to go all out in every way that we can to position ourselves to honor and glorify Jesus as often as we can in order to see people come to Jesus and to disciple them,” Rogers said during the meeting. “I am excited about CMBA’s future and want us as an association to think big, because we serve a big God. Our greatest days are ahead of us.”

Members also heard from CMBA Woman’s Missionary Union President Ralphetta Davis, who recently met with new SC WMU Executive Director-Treasurer Jess Archer regarding women’s ministries in South Carolina. Davis is working to identify all CMBA churches with a WMU, Sisters Who Care or women’s ministry, and asks that these churches email contact names and information to her at RalphettaDavis@gmail.com.

Rogers and the team had an open conversation regarding CMBA’s financial status, which is experiencing fluctuations in giving. Sources of additional giving and funding will be explored in the coming months to address this financial concern.

The team will reconvene on March 21.