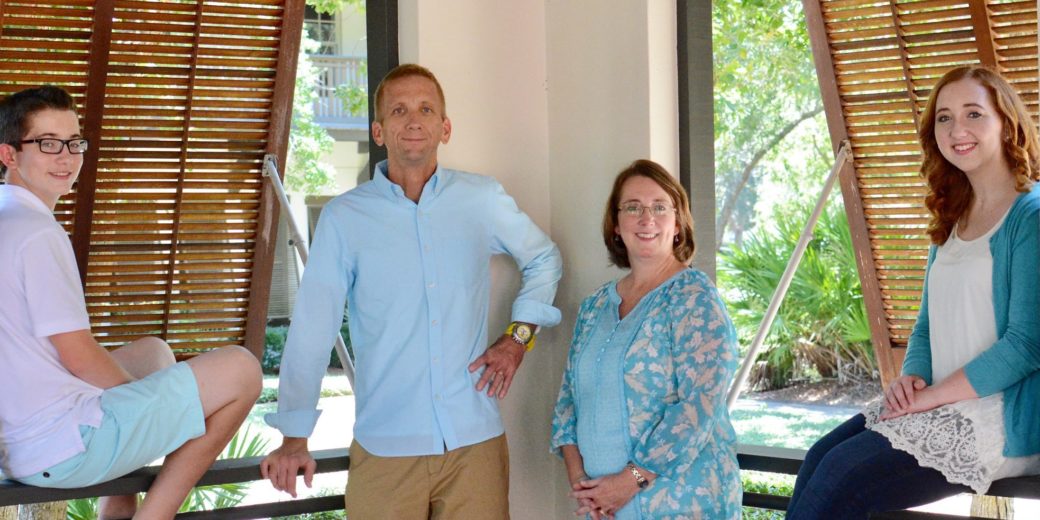 To fully understand Columbia’s GraceChurch, it’s important to look at the church’s softball team playing in a co-ed league sponsored by the City of Columbia. The team includes church members, who live near and not so near the church property on Harrison Road; clients from downtown’s Oliver Gospel Mission; and, freshman students from Cru, a Christian campus organization at the University of South Carolina.

“When I think about that softball team, it’s a perfect picture of who we want to be as a church,” Bill says. “We are not a bells-and-whistles church, and we aren’t really showy, and, we haven’t made great improvements to our building in about 15 years. But, all our goals are driven by relationships with people – from our neighbors to Oliver Gospel Mission to the university. We want to have a well-defined discipleship process with evangelism at the start of it, introducing people to Jesus, and evangelism at the end of it as disciples go out and share the gospel.”

To help put that discipleship process in motion, GraceChurch is piloting a new evangelistic emphasis called Saturate. The initiative brings together the Evangelism Team of the South Carolina Baptist Convention and pilot churches from the Columbia Metro Baptist Association.

“Our church, which averages 80-100 on Sunday morning, was first contacted by George Bullard our associational executive director,” Bill says. “George put out a call for churches interested in developing an evangelistic strategy.” That was something that got me interested, more so than attending an evangelism training event.

“I attended, on behalf of Grace, a meeting to gauge interest,” Bill says. “I told them that I was interested if the evangelism strategy could be customized to what our church needed, and that was disciple-making. I realize that a church is going to be measured by the disciples that it makes. How do we pair evangelism and disciple-making together? It’s a natural fit.”

“This is why George Bullard is so good at what he does. I talked with him one-on-one, and he understood what we needed at Grace. From that point, we attended a two-day meeting at the state convention office in Columbia. The event was led by the convention’s Evangelism Team and some mentoring pastors they brought in to help us.”

Bill said he could not be happier with what came out of those two days.

“On the morning of the second day, about 10 a.m., I was a little discouraged,” he says. “They were asking us for goals, and I just didn’t feel like there was any real way that we could come up with those goals. Then, a mentor came over and sat down with us, and by lunchtime, we had a strategy that really fits the people of our church, and at our church, Grace always wants to be relational. So, we are excited about this journey, defining where God is leading us evangelistically. We also have the association office and many others that we can turn to for help along the way.”

GraceChurch will celebrate 15 years in November. It started in the basement of Kilbourne Park Baptist Church, in Columbia, as a contemporary service. As attendance grew, the people of Kilbourne Park launched the church to better reach the community. Grace first met at Satchel Ford Elementary School for six months before moving to the location formerly owned by Harrison Road Baptist Church. That property had been acquired by the Columbia Metro Baptist Association and was eventually gifted to GraceChurch.

“I’m the third pastor, but the first one from outside the church family,” Bill says. A native of South Carolina and a Clemson University graduate, he left engineering to serve on staff at First Baptist Church Fernandina Beach. His first task was helping that church relocate.

“The more I was exposed to disciple-making, I knew my calling was pastoral ministry,” he says. “It took 10 years for me serving that church, under a great shepherding pastor, to know I wanted to be a pastor. I sent my resume to four churches and heard back from Grace. Grace had received resumes from more than 200 candidates. I just prayed for the Lord to give me a little corner church in a city. He did that.”

“God took me from an all-white church on a resort island to a small inner-city church in a corner of Columbia,” Bill says. “There’s been some transition as people have left and new people have arrived; now we have an evangelistic, disciple-making strategy on which to move forward in our goal to build relationships with lots of different kinds of people – just like how all those different groups come together on that church softball team.”