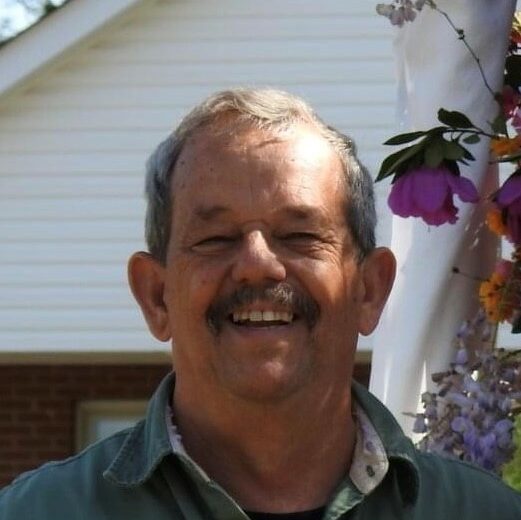 This month’s Visionary Leadership Community (VLC) Member Spotlight is on William “Buck” Williams, member of Mt. Elon Baptist in Hopkins. The VLC meets almost monthly to conduct CMBA business and share ministry updates from our Family of Churches across the Midlands. Mt. Elon will host the group’s June meeting.

A Columbia, S.C., native, Buck grew up on a farm in a Lower Richland community where his family also owned a grocery store. He shares an interesting life event that led to a significant change during his teenage years.

“I was born William George Coutsos, Jr. My grandfather migrated from Greece around 1913. My mom and dad divorced when I was about seven years old, and my mother remarried about six years later. I was adopted when I was 14 years old, which is when my last name changed,” he says.

After graduating from Lower Richland High School in 1969, Buck enlisted in the South Carolina Air National Guard and held various jobs including mechanic, John Deere truck driver, heavy equipment operator for a small construction company and welder with a trailer manufacturer. He began working full time as a civil service technician with the Air National Guard in the mid-1970’s until retiring in 2002. He currently owns a welding shop.

Buck and his wife Alice will celebrate their 51st wedding anniversary this August. The couple has three adult daughters, five grandchildren and two great-grandchildren. In his spare time Buck enjoys cooking, fishing in the swamps of South Carolina and Florida and traveling “to places I can drive. I often say, ‘if they would build a bridge I will drive around the world!’”

Church has always played an important role in Buck’s life. He attended Eason Memorial Baptist Church as a child, then as a teen was active in the restoration of Congaree Baptist Church where he was baptized in 1968. He joined Mt. Elon in 1979 and was ordained a deacon three years later. Buck has served his church in many ways over the years, including as church moderator since 1998. He has also conducted a Sunday morning worship service at a local nursing home during Mt. Elon’s Sunday School hour for the last 42 years.

Buck has actively served CMBA in several capacities including four terms on VLC. Serving with Bill Wright as part of World Changers and using his skills and abilities to provide maintenance for the CMBA Block Party Trailer have been two ministries he has especially enjoyed. Buck says he appreciates the diversity among CMBA, and the dedicated people from all walks of life who are quick to partner.

“Recently I asked one of our (VLC) members to share about his experiences from and knowledge of Ukraine. When he came to Mt. Elon to speak to us, I realized that this is a real ministry that was provided to us because of our association,” Buck says. “There are many other opportunities available to the churches through our association. I believe that if the churches were aware of some of these things, we could become even stronger for the Lord.”

Buck describes Mt. Elon as a small congregation with 60-80 people in weekly worship, down from about 100 in regular attendance pre-Covid. The church is situated on the crest of a hill surrounded by oak trees and has been a landmark in the Hopkins community since 1894. Buck explains that the church’s name “refers to the strength of a mighty oak. Our congregation has weathered many challenges and always stays strong in our mission to serve God in whatever He calls us to do.”

Buck also credits Pastor Charles Wilson for shepherding Mt. Elon members and the community so well, and for delivering messages “that are truly from God.” According to Buck, Mt. Elon has staff leadership in place to move the church forward and better reach younger generations with resources that will grow its children’s and youth programs.

One final way Buck serves CMBA is as a member of the Executive Director Search Committee. That team anticipates sharing exciting news about its selection with the CMBA Family of Churches soon.

“I have witnessed God’s direction as we have gone through this process of selecting the right person to assume this role. It has become very clear that God has used our current director to move CMBA to the place we are and that He has guided us to select the person who will best lead us to the place He intends us to go,” Buck says. “I believe God has His hand on our association and has great plans for our future.”