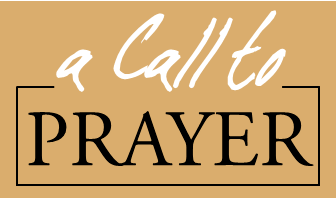 Monday, June 17, 2019: “A Call to Prayer” Church Adoption is Hard! By now the word is out throughout the Columbia Metro Baptist Association. This Sunday Park Street Baptist Church is voting on being adopted by Village Church. It is a tough emotional decision. Do they give up their way of doing church so that another congregation can reclaim their facilities and potentially reach the people in the neighborhoods around them who they have been unable to do for multiple decades?

The decision likely hinges on their perspective of their church. Is their church “their” church or “God’s” church. Even if they get the answer to this question right, who among them or anyone looking at this from outside know for sure what God’s will is for the next season of this church? Will there even be a next season if they do not vote to be adopted?

A look at the history of Park Street says this is not the first time they have addressed this issue. Here is their story:  Elmwood Park Baptist Church was organized in 1910. Following five years of struggle some real financial difficulties arose. The membership was small and the indebtedness heavy. Elmwood Park had an excellent building but was desperately in need of cash to save their church property. Second Baptist Church, a mission of First Baptist Church, had some money but not an adequate building.

“When the two churches joined together, most of the former members of Elmwood Park Baptist Church moved their letters to the Second Baptist Church.” It was not until 1926 that the name of the church was changed to Park Street Baptist Church.

The opportunity Park Street faces today is one they have faced before – in 1915. With courage they moved forward and had their greatest days of service. Could this same thing happen again? (Quoted text is from 120 Years of Christian Ministry: A Brief History of Columbia Metro Baptist Association and Its Churches, 1983.)