St. Andrews Pastor Publishes Devotions for Those Struggling with Depression as He Did 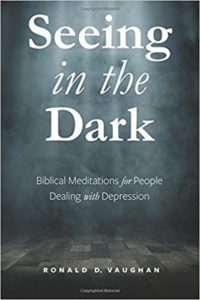 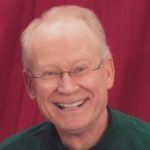 In 2008, things began to change for pastor Ronald “Dee” Vaughan. Ministry had become burdensome, and that was a change for a man who loved local church ministry. He also began to feel a disconnection between the person he was felt forced to “create” for the church and the man he was on the inside.

He began to withdraw at home, flashing unexplained irritability toward his family, being hyper-critical over insignificant things, and desiring to be alone.

What Dee Vaughan, who was pastor of Berea First Baptist Church in Greenville, was going to learn about the three years from 2008-2010 was that he suffered from medically diagnosed depression that ultimately left him in a desert so barren that he “jeered at God,” daring God to bring “something good out of this hell.”

“It was really a prayer,” Dee, now the senior pastor at St. Andrews Baptist Church, in Columbia (SC), Metro Baptist Association, says. “I was drowning in depression and needed to believe God was still with me and working in some redemptive way that I couldn’t yet see.”

From his three-year experience, Dee has written a book of devotions titled Seeing in the Dark: Biblical Meditations for People Dealing with Depression. It’s available on Amazon.com and is written both for those walking through depression and for those who have a loved one in depression. Click HERE to see the book.

“Depression is almost an epidemic in our culture today,” Dee says. “There are studies that show one in every five people will be diagnosed with clinical depression, but we know there are many more that don’t seek help. My illness brought me to the place where I was dipping from an empty bucket in all the areas of my life. I saw no value, no competence, and no quality to what I was doing. Depression makes a person so self-condemning that they are their own version of Satan.”

One of the things that moved Dee to seek out his primary care physician was when his family had the courage to name what they were seeing. They asked Dee, “Are you okay? You seem to be mad or sad all the time.”

Dee remembers walking into the office of his Upstate physician. When the doctor walked into the exam room, he asked, “What can I do for you?”

“I looked at him and just said, ‘I need some help’ and began weeping,” Dee says. “That began my recovery, but it wasn’t easy.  My primary care doctor reached the limit of what he felt qualified to do and referred me to a psychiatrist.  Even with specialized care, we needed several tries to find the medicines that helped me. I resisted going to a psychiatrist because there was a lot of pride in the way. But, facing and overcoming that pride was healthy and good for me.”

The book, Dee says, began with a list he made while in the very dark days of his illness.

“I called that list, ‘Wisdom,’” he says. “Anytime I read, heard, or thought of something that shone a bit of light on my illness and illuminated the next step toward healing; I wrote it down. The list includes Scripture passages that spoke to me at a time when the spiritual truth was very difficult to hear. The list also contains quotations that offered a helpful word. Many of the items on the list are discoveries I made working with doctors and counselors.

“In recovery, I began to see that some of the wisdom I’d gained might have value for others dealing with depression,” he says. “I began writing from the list in the form of Biblical meditations, intentionally keeping each one short because I know depressed people don’t have the focus or energy to wade through long passages. I designed each one to be a daily dose of spiritual insight and encouragement.”

Today, Dee has some insights about depression that he did not have before 2008 and his own journey through the darkness. He hopes these can be beneficial to pastors and to the congregations who love pastors.

“A person’s life must consist of more than the work he or she does in serving a church,” Dee says. “I don’t mean more than what I do as a person living for Christ, but life must be bigger than the work. I’ve learned to be okay with unhappy, critical people so long as there’s not a legitimate complaint and a lesson to be learned. Pastors are approval-hungry, and we love to hear praise. The need for approval can make church members’ complaints crippling, and I’ve learned to shield myself from that in a healthy way.

“Ministers must place a higher value on self-care,” he says. “Exercise can help depression, as is getting away from work and into the larger world.  For me, regularly meeting with a cohort of other pastors for life conversations has been emotionally healing and spiritual refreshing.  Ministers can go emotionally bankrupt rushing from one church meeting to another.  Cultivating relationships and friendships beyond the church can bring renewal.”

“I urge families and friends not to be afraid to name what you see,” Dee says. “What a gift you are giving to someone to say, ‘Are you okay? Here’s what I see.’ Name what you see. If you are suffering, get help. Don’t believe it will just go away. Swallow the pride and go get help.”

Dee says one of the blessings of his transparency has been the ministry doors that have opened to talk and encourage others.

“At one point during my initial recovery, I took a month away from the church,” he says. “The Sunday I returned, I preached on my struggle with depression. Afterwards, I had many people approach me, saying they were going through it, too, or that they were now moved to seek out help as I had done.”

Dee Vaughan’s book, Seeing in the Dark, will likely help many people who read it, but in truth, his boldness to speak about depression has been shining a light into the darkness for quite some time.

Rejoice! God is at Work During the Pandemic

Worship Wars Are About Distance Not Style