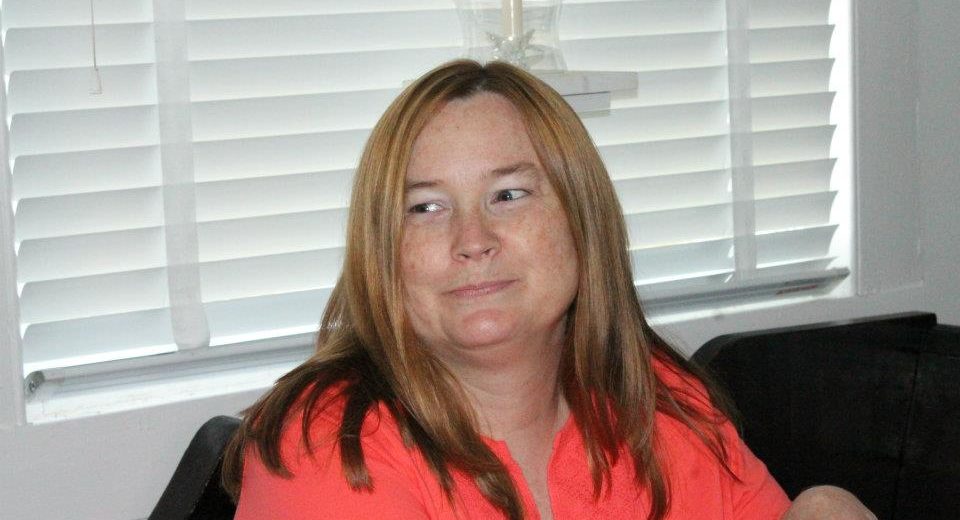 In 1999, Cathy Locklear and her husband Eric had just welcomed their fourth child and she was content in the job she’d held at a local bank for 20 years. Cathy says God began to stir her heart for change while she was on maternity leave. Driven by a desire to not have her children in daycare, the couple began to pray for God to provide direction for their next steps. Then she heard about the Columbia Metro Baptist Association.

“My pastor called about a part-time opportunity as a food pantry coordinator with the association. It was two mornings a week and I could bring my child with me. It was perfect,” she says.

Cathy quit her job at the bank and began working as the food pantry coordinator. Despite losing her full-time salary, she says God consistently provided what her family needed each month. In the years since, God added another child to the family – today her children range in age from 34-16 – and provided new opportunities for ministry through the association. In her current role as Community Impact Ministry Mobilizer, Cathy assists churches in the association as they impact their local communities through missions. She also works to build personal relationships across the Midlands.

“My role is to support what the churches are already doing in their call to missions, to encourage some to become on mission, and share opportunities that exist that churches may not be aware of,” she says.

Many CMBA churches are already engaged in ongoing seasonal ministries through the association such as picnics held at local prisons, various ministries during the State Fair, health kits and prisoner packets. Cathy works to provide additional missions resources to churches from customized training to block party-related rental equipment. She also educates churches about partnership opportunities.

“I could help a smaller church whose youth group wants to go on mission trip connect with other church groups that are already on mission, for example. I just enjoy encouraging churches and seeing them work together to accomplish their missions goals,” says Cathy, who attends Cedar Creek Baptist in Blythewood.

Compassion ministries – such as food and clothing pantries – hold a tender place in Cathy’s heart, and she looks for new ways to introduce churches to those ministries and ways they can be used to better engage the community. CMBA held its first annual Compassion Ministry Day last year, and Cathy offers grant application assistance for churches with existing or new hunger ministries.

“We have these opportunities available and am happy to plug churches into them, but I am also a resource. I literally am here to walk alongside of our churches. The association is available to assist in whatever mission a church is led to participate in,” she adds.

As she reminisces about her years at the association, Cathy recalls a conversation with a food pantry client that God used to teach her a valuable lesson. At initial food pantry visits clients would be interviewed about their circumstances, such as income and monthly expenses. Cathy confronted the woman about a cable bill that seemed excessive, advising that if she would stop the service there would be more money available for food each month.

“Her response was that she had three teenage sons and lived in the projects, and she would rather they be inside watching television than outside getting involved in gangs. God immediately humbled me and taught me that we must be willing to learn about people’s situations. Missions is relational and cannot be done with preconceived notions. God showed me He would teach me His way, even though I came in knowing ‘my way,’” she says.

Cathy also sees God at work as she looks to the future of her ministry through the association. She is excited to see new doors opening and fresh opportunities to join churches in their work.

“The way we are approaching compassion and community ministry is fundamentally changing. Instead of creating projects, we’re reaching out to churches and walking with them,” she says.

CMBA churches are invited to participate in a missions survey that will provide Cathy’s office with data that will be used to customize future resources and training. The association’s online presence is currently being upgraded, which will further impact missions potential. During her “anniversary year,” Cathy also hopes to individually connect with each church in the association.

“I love to hear about a church, but I also love to hear about the hearts of the individuals at the church and get to know them. I like to be able to help and to feel like I’ve been a benefit to the church. My goal is to speak with each of the roughly 95 churches in the association this year…and to meet 95 new people,” she says.