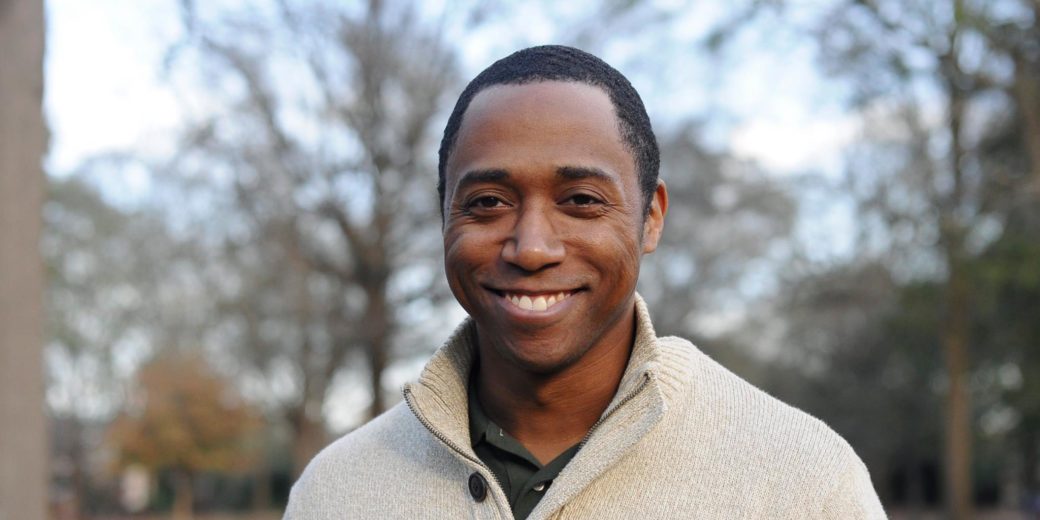 Midtown Fellowship’s downtown Columbia church plant began in 2007 with a Sunday worship gathering and intentional Life Groups to primarily express its vision to share Jesus with 100,000 people within a 5-mile radius of the South Carolina state capital.

Though a believer since middle school, one of those drawn to Midtown’s vision was Antony “Ant” Frederick, who came to the University of South Carolina after graduating high school in 2004. Frederick joined Campus Crusade for Christ—now Cru—and became burdened with a goal to reach African American students on the USC campus. After graduating with a degree in exercise science, Frederick connected with Midtown, expressing his desire to plant a church in Columbia’s more impoverished communities.

“I grew up a pastor’s kid,” Ant says. “We were the only black family in an all-white church in Chester, SC. My dad became the pastor of that church, which became Faith and Love Christian Center. I grew up in an all-white church with a black pastor, and it sounds more and more incredible every time I say it. Today, the church is more diverse, about 50-50 black and white.

“When I joined with Midtown Fellowship, I told them up front that I felt called by God to plant a church in the inner city to reach into poverty,” Ant says. “They supported that, and now Midtown Fellowship has three churches – the downtown church, our Two Notch church, and a third in Lexington.”

“People ask me how things are going, and I tell them that it’s a beautiful mess,” Ant says. “There are always beautiful things to make you cry, and there are always things that are horrible enough to make you cry. Tears for different reasons. The most difficult thing about reaching this community is that it is very transient. You build relationships with people, and they move on and move away.”

Midtown Fellowship: Two Notch, Ant says, has about 50 adult members with about 70-75 attendees including children. While those weekly gatherings are important, the vision is to “try to get out beyond the walls of the church and engage the community. We want to build relationships with people. Many of the people in this area of town will say they have a ‘home church,’ but they may rarely attend church services.”

To engage its community early on, Midtown Fellowship: Two Notch met on Sunday afternoons and followed those gatherings with a community cookout on 3 of 4 Sundays.

“The cookouts were open to the neighborhood, and anyone could come,” Ant says. “We had food, music, games and our goal was to build relationships so people could hear and see the gospel. We did those for about three years. Now, we are leasing property that allows having an 11 a.m. service and by 1 p.m. most people have eaten lunch. So, we are doing some different things.”

After the weekly worship gathering, about 8-10 people in groups of two prayer-walk the community, going door-to-door with offers to pray for people and listen to them.

“I have personally found that prayer-walking and meeting people is the easiest way to engage others,” Ant says. “I’ve found that this strategy opens the door for spiritual conversations.”

Many families around the church do not have access to fresh vegetables. Within an urban community, when families are more than one mile from affordable and nutritious food they are considered living in a food desert. To minister to these families, Midtown Fellowship provides an accessible Farmer’s Market on the 1st and 3rd Sundays of each month, from Noon to 3 p.m. at 2801 Schoolhouse Road.

“We have a relationship with a local farmer who comes and brings produce for sale,” Ant says. “He accepts payment through government programs. We promote this availability through other churches, and they support us, too. There’s a minimum the farmer needs to sell to meet his quota, and we work together to bring fresh to the community. This also allows us to see, meet, and build a relationship with people in our neighborhood.”

Midtown Fellowship: Two Notch, Ant says, reaches people who financially can’t support a church budget, and so the church depends on partnerships for its financial stability. These partners come from other churches and from individuals. Most of Ant’s salary as the church pastor does not come from the tithes and offerings of the church members.

“It’s beneficial to partner with other churches that are beyond the inner city,” Ant says. “Volunteers from those churches can be on mission, serving a people group they would normally never engage with.”

Midtown Fellowship: Two Notch is a racially and economically diverse faith community. Ant says membership is about 65 percent black and 35 percent white with a mix of impoverished people, and those in low- to middle-income families. Ant does most of the preaching and to reach its community the style of music leans more toward gospel songs rather than contemporary Christian music.

Ant and his wife, Hannah, have been married for seven years and have three children.