Church Plants Must Serve in the Community, Connect with People, and Be Involved with Other Churches 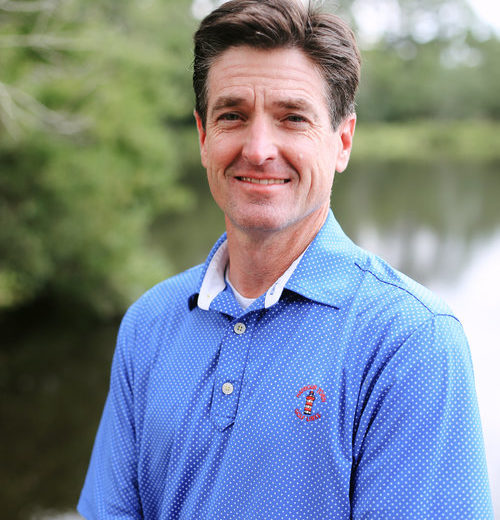 In 2001, Erik Estep was serving Fellowship Baptist Church in Lexington, had never thought about church planting, and on this particular day was at the YMCA to watch his oldest son play soccer.

“Like so many pastors, I was spending a lot of time in the church office,” Erik says. “Then, I started going to soccer practices and saw all these people at the field. I began to realize that there was an entire world of people that I had no contact with.

“I met a professor at South Carolina who was not a believer but was interested in talking with me about faith there at the soccer field,” Erik says. “He said, ‘I would never walk into your church.’ That was so convicting to me. That was the impetus for my wife and three children to move over to Blythewood and plant Village. We chose Blythewood because at the time there wasn’t a new work out there.”

“The Northeast (Columbia) area was different in 2002,” Erik says. “Someone had tried a few years before to plant a church, but it wasn’t the right time. Lake Carolina (neighborhood) had 300 homes when we first came here, and now there are more than 10,000 people. We did block parties and knocked on doors. I think we came out here at just the right time.”

“Still, we were clueless,” Erik says. “We were young and felt God wanted us to do this, so we did it. I had no idea was I was doing. Our first service was Easter Sunday at Bethel-Hanberry Elementary School in Blythewood. My wife and children joined me in knocking on doors and inviting people to join us. We found a core group that way as opposed to starting out with a core group of people. It was hard.”

First Baptist Church, Columbia, where Erik’s dad, Wendell, was senior pastor and is now pastor emeritus, came alongside Village as a sponsoring church. “That was a blessing for us,” Erik says. “I was able to sit in First Baptist’s executive staff meetings, give a report about our progress, and receive feedback. I also got to see how First Baptist approached its mission and its problems.”

Looking back, Erik says there were three things he learned about church planting that he would share with those feeling that same tug he felt at the soccer fields.

“Make sure it’s a calling,” he says. “There were some really tough times and tough experiences. The only reason I had the strength to continue was because of the calling. If you feel called, step out in faith and go.

“Second, it’s essential to do the (community) assessment. It’s important to surround yourself with Godly people who can give you affirmation and encouragement.

“Last,” Erik says, “you should have a financial plan in place. How much money will you need to get the church off the ground? Secure that money, raise support, and have a sponsoring church for financial support. That connection to First Baptist was crucial, but I still only had $25,000 to serve on in that first year. You must have a financial plan.”

Churches – especially church plants – must have a willingness to engage the community beyond the walls and to work with other churches to reach people. “A new church can’t really say, ‘Come to this worship service because there’s no one there.’ The Village had nothing to offer when it started – all we had to offer was the opportunity to go out into the community and serve. We gained a reputation for service in our community.”

“Columbia is an interesting city,” Erik says. “It’s the heart of state government, we have a university, and there’s Fort Jackson. Our population is very diverse, and Richland County is especially diverse. We have a lot of different cultures and people groups, and we have a ton of lost people here.

“People are moving here from places beyond the Bible Belt, and they have many different experiences than we have in South Carolina and the South. Yes, Columbia is a churched city, but we must still engage our community. I’d personally like to see churches have more of an approach to engage the city. The church is a sleeping giant in Columbia. We have great churches that need to gather together. In Baptist life, that can happen through our local association.”