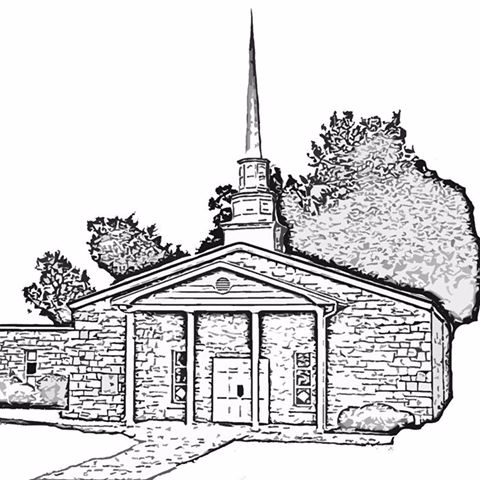 Crooked Run Baptist Church, in Fairfield County, is involved with a nearby elementary school, is starting a Sunday evening service for young adults, and participates in both local and international missions.

It’s also a Fairfield County congregation that is 193 years old, averages 35-40 on Sunday mornings, and is mostly made up of members who are 60 years or older. It gives 11 percent through the Cooperative Program and supports the Columbia Metro Baptist Association with 4 percent giving.

Pastor Tommy Hutto has served Crooked Run since April 1, 2002, and was immediately impressed 15 years ago with the church’s thoughtfulness to its search process.

“Most of my pastorates had been short-term compared to this one of 15 years,” he said. “(Crooked Run) has been a great fit for me and that goes back to their initial search process. They asked me a lot of questions and were open to answering a lot of my questions. We thoroughly examined each other even down to their asking me to give my personal testimony of my salvation experience. I knew then that this church was focused on loving the Lord and loving others.”

Today, with its 105 members, the church is thriving in missions and ministries.

It leads a Good News Club at Kelly Miller Elementary School, in Winnsboro. Each week, the church sends nine volunteers to lead the program sponsored by Child Evangelism Fellowship, an interdenominational after school ministry for children ages 5-12.

The church used FAITH evangelism, a LifeWay discipleship effort, to get to know its community. Over time, Hutto said church members visited almost every house within a five-mile radius of the church. That effort helped them understand their community and ministry potential.

The research also revealed, Hutto said, that “we do have some younger adults around us that are unchurched. I’ve been inviting them to be my friends on Facebook, and I’ve liked as many of their posts as I can. It’s a way to build a relationship with them.”

Hutto has his heart for a Millennial culture that has grown from a 2017 conversation he had with a young missionary volunteer in Thailand. He was serving as a Bible teacher at a mission-sponsored orphanage when he spotted Emily, who was reading her Bible.

“When she finished her Bible study, I approached her and just asked her if I could talk to her about Millennial culture because she was a part of that age group,” Hutto said. “She spent some time helping me understand how to communicate with younger people, and that I have to meet their culture where it is, especially with regards to faith life. It was an eye-opening conversation for me, and the Lord has used it to help me communicate better.”

From that experience, Hutto said he and others began praying and planning to launch a Sunday evening Millennial worship service. Its focus will be on music and Bible discussions toward a goal of building relationships with unchurched young adults in its community.

“I’m going to start with John 1 and parallel it with Genesis 1, and be completely open for questions and conversation at any time during the teaching,” he said.

Hutto praised the church’s Woman’s Missionary Union (WMU) and its director, Jean Miles. Through WMU the church is involved in the state convention’s annual prisoner packet project at Christmas, supports Samaritan’s Purse, collects food for a Winnsboro food bank, and other mission activities.

“Everything we do comes back to missions, and this is a church with a genuine heart for missions,” Hutto said, pointing to the church’s financial support of the Southern Baptist Convention, the South Carolina Baptist Convention, the Columbia Metro Baptist Association, and all the various missions offerings. The church also helps support a Presbyterian missionary in Ireland, supports church planters in the Philippines, and provides support for a girl living in a Cambodian orphanage.

“Crooked Run proves that a smaller membership church is at its best a full-size, missional congregation that just happens to have a smaller membership,” said George Bullard, director of missions, Columbia Metro Baptist Association. “The church is an example of where there is vision the peopleybe outstanding characteristics of Crooked Run Baptist Church. Every church can learn from its commitment and excellence.”

The church also supports its pastor and his call to personal missions.

“I met Dave Atkins in the 1970s when we were both pastors in the Low Country of South Carolina,” Hutto said. “I went from there to serve in Memphis, and Dave went to Ohio. Recently, he reached out to me about being a Bible teacher at orphanages he’s started in Thailand and Cambodia.

“The orphanages are for girls who are rescued before they can be sold as part of sex trafficking,” Hutto said. “There are five staff members, and they are also served by teams of young people, like Emily, from the World Race organization.” World Race is an international missions organization providing 11-month mission trips to 11 different countries toward a goal of sharing Jesus.

When the members of Crooked Run Baptist Church heard about their pastor’s desire to go overseas and serve it collected a special offering that paid for his trip. Hutto is going back to serve the orphanage in 2018.

“It’s who they are as believers and as a church,” he said of Crooked Run’s membership. “I am so blessed to serve alongside them.” Tommy and his wife, Nancy, of 45 years have three grown children, two grandchildren, and one great grandchild.