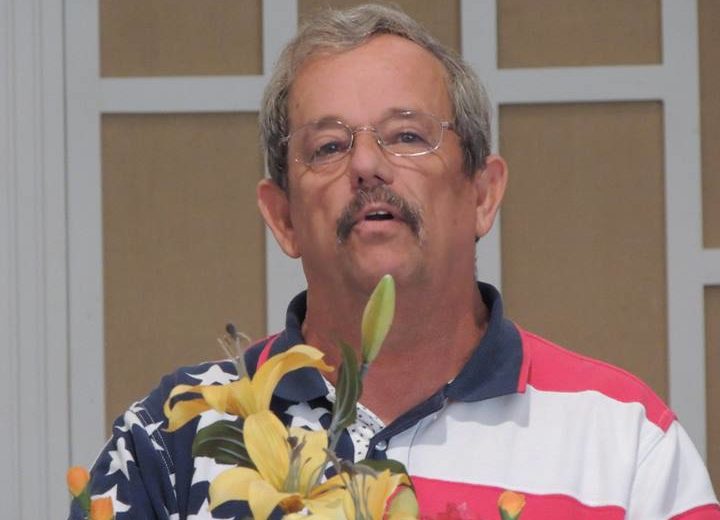 Buck Williams is hopeful. He’s optimistic about the local church and its ability to share the gospel, and he’s hopeful about the missional work of Baptist associations. His long-term dedicated lay leadership within Mt. Elon Baptist Church in Hopkins and the Columbia Metro Baptist Association give him a great perspective.

In late 1979, Buck joined Mt. Elon Baptist Church, which was constituted in 1894 and today has about 250 members. Prior to that, he had been a member of Congaree Baptist Church, where he was baptized. In 1982, he was ordained as a deacon at Mt. Elon, and over the past 39 years he’s been active as church moderator and serving on the church’s building and grounds committee. He leads worship at a nearby nursing center on Sunday mornings, and he supports the choir. These days, he’s working with pastor Charles Wilson to update the church’s deacon ministry.

“There is a stirring in our churches today,” Buck says. “People are tired of all the negative voices and want our Christian voice to be heard in communities, our nation, and the world. I believe there is a desire and a passion for getting the gospel outside the walls of buildings for people to hear it.”

“Just recently, I had the opportunity to prepare food for a meeting of the associational Baptist Collegiate Ministry,” he says. “I was so humbled and inspired by these young people. There are college students coming together for worship, leading one another, ministering and witnessing and encouraging one another. They have the Lord in their hearts. They are hungry to tell people about Jesus, and they are at work within our local churches and in the community. They are the future of the church, and that’s very encouraging.

“Mt. Elon is a smaller membership congregation, but we have that same desire to be outside the church walls and make an impact in our community. It’s encouraging when you see the church excited about the gospel and that the next generation is excited, too,” he says. It’s hopeful.

“The Flag Garden was the brainchild of our pastor,” Buck says. “He went to Seattle in the spring and saw one. When he returned, we found an area at our church and then asked our people to buy specific flags, so the flags would all be the same. We gave everyone the specifications and ended up with 300 total flags, and so we have some extra as replacements.

“Our church had its Fourth of July service in the garden. Lots of people stopped by and took photographs in the garden. It generated a lot of interest, and that led to the television stories and a story in The Columbia Star newspaper.”

“The garden was a positive, hopeful statement from our church to the community,” Buck says. “It moved us out of the building and created conversations.”

Mt. Elon goes even further beyond its walls, supporting a worship service at Country Wood Nursing Center in Hopkins. The service, which Buck has led since 1980, occurs during Mt. Elon’s Sunday School hour, allowing Buck to make it back to church for worship.

“Between residents and some staff members, we have about 16 people attend each week,” he says. “We sing a few hymns; have Scripture reading, and a lesson. Our church choir has participated on occasion. It’s become a real ministry for me, and I’ve been able to build relationships with families. There’s no offering plate passed; it’s a ministry to residents many of whom don’t get regular visitors. I feel it is God’s calling for our church to be a presence there.”

Buck’s involvement with the Columbia Metro Baptist Association began through the late John Platt, who served as director of missions during the 90s.

“John was a friend of ours at Mt. Elon, and he learned that I love to cook,” Buck says. “He began asking me to cook for association events – like the recent BCM gathering – and back then for retired pastor meetings. Over time, through my welding business, the association asked me to make modifications to its block party trailer, and that led to my being involved in the trailer’s upkeep. We have used it once at Mt. Elon for a community block party.”

“I love serving through my church and the association,” Buck says. “The more a person gets involved in Christian service, the greater the blessing that comes from that.”

Buck and Alice Williams celebrated their 47th Wedding Anniversary this year. They have three grown daughters and five grandchildren.