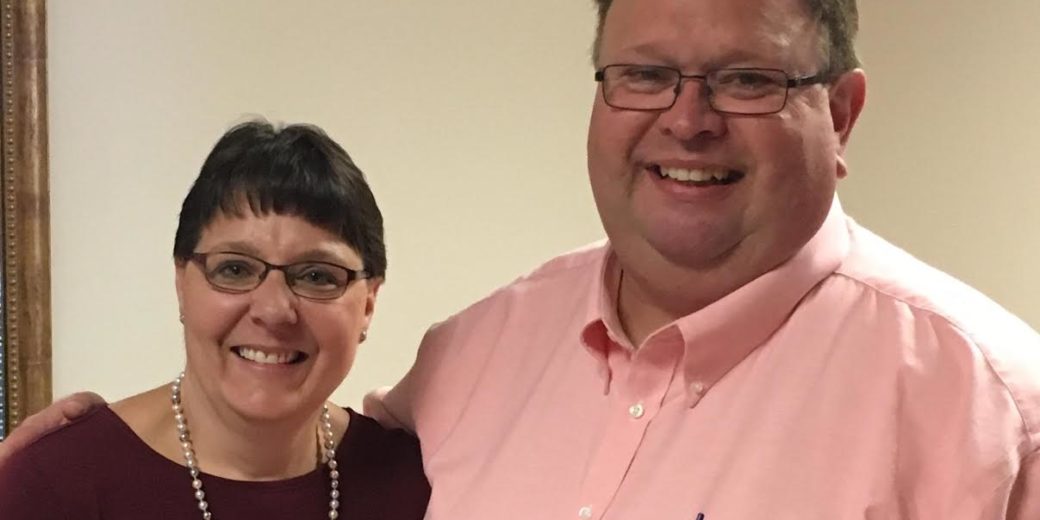 He can even credit meeting Stephanie, his wife of 30 years this December, through a South Carolina Baptist Church. Bill’s sister and brother-in-law were serving Pleasant Grove Baptist Church in Walterboro when Bill was invited to a drop-in. Stephanie attended with her grandmother, and she and Bill met and were married one year later.

“I was in a military family, and my father was not a believer,” Bill said. “We were living in Aiken, and when he retired, we lived in Sumter and then Florida. My father was far from God, left my mom, left his family, and so my mom moved us back to Aiken. I was in third grade when the late Tommy Knotts, who was a pastor and later served as director of missions for the Aiken Association, introduced me to Jesus.”

Bill attended Charleston Southern, as did Stephanie, and then graduated from Southeastern Seminary. He pastored South Carolina Baptist churches in Adam’s Run, Aiken, and Leesville, SC before serving as associate director of missions for the Columbia Metro Association from 2003 to 2016. He now serves as associate pastor at Temple Baptist Church in Columbia.

Bill came to Temple from associational service because he intentionally built relationships with pastors while serving at the association, and one of those friends – pastor David Sturgeon at Temple – opened the door for Bill to join the church staff.

“I’m a believer in networking and service between associations and churches, and between churches,” Bill said. “That spirit in our association causes me to be hopeful about the association’s future; it’s so important for the association to help churches network together for the greatest Kingdom impact. To help the networking with churches, the association must get to know pastors and leaders, asking, ‘How can I help you and your church?’ It must be highly relationship service with a lot of investment in leadership. That spirit within the Columbia Metro association opens the door for a great future.”

“It’ been refreshing to come back to serve in a local church,” he said. “I missed preaching and teaching with the same group of people all the time. In denominational work, you spend a lot of time building relationships with a lot of people in a lot of settings. It’s been refreshing to teach a college Sunday School class, and to have the opportunity to serve alongside church members and leaders in the community.” He applauds his pastor and the church’s lay leadership that has led in reaching people, including college students, youth, and children.

“Whether serving in the local church or on associational staff, I’ve always been a local church guy. I love pastors. I love helping with smaller membership churches,” Bill said. “I’ve learned that all of those relationships that I’ve built were because God was at work. I love being able to see how God used relationships to strengthen churches for missions and to meet human needs, and that work is continuing.” It all comes from deep roots in ministry and service, and Bill reflected on the past 30 years through five key things that he’s learned.

“First, the priority of a leader’s personal walk with Christ is above everything he does,” Bill said. “Everything in ministry, regardless of the role, comes from that personal walk.

“Third, I’ve been privileged to have great lay leaders around me,” he said. “Those leaders have been passionate about ministry. I’ve watched those men and women get up early and come home late from everyday jobs, and then still take time to be involved in their local church and be faithful to it. I know they are tired, and yet they are passionate to serve. I appreciate them and have been blessed by them.”

“Early on in my ministry, I came to understand the importance of building bridges to the community,” he said. “It’s essential if we are going to reach our mission field. We must look at our communities and join God where He is at work.”

“Last, leaders must be in love with the Word of God,” Bill said. “Pastors must love to teach and preach the Bible. I love to preach more than people like to listen, and I’m aware of that. But, I still find the joy in preaching and teaching the Bible.”