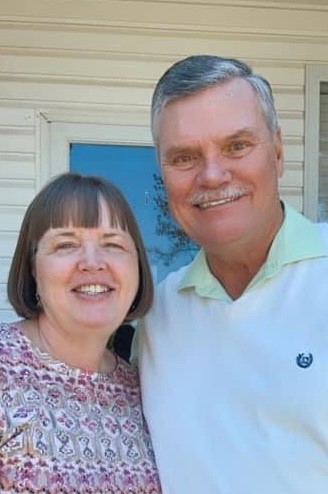 Dean Reynolds is the pastor of Sawney’s Creek Baptist Church, located in the town of Ridgeway in Fairfield County. He is completing his first term this year serving on the Visionary Leadership Community (VLC), which meets almost monthly to conduct CMBA business and share ministry updates from our Family of Church across the Midlands. Sawney’s Creek is the host site for the August VLC meeting.

A native of Rock Hill, Reynolds began in full-time ministry in 1980 and was called to Sawney’s Creek in 2013. He and his wife Carole have been married 43 years and have two adult children, daughter Rebecca and son Matthew who, with his wife, has children Joshua (age nine) and Anna (age four). When asked if he had a personal “fun fact” to share with CMBA, Reynolds responded with the story of meeting his wife.

Regarding his time on VLC, Reynolds reports appreciating having the opportunity to see how much CMBA’s association of churches are committed to being on mission for Christ together and that “our pastors have hearts of love for one another and are willing to give to meet each other’s real ministry needs.”

Sawney’s Creek, like many other local churches, is still feeling the effects of the pandemic but is moving forward. Reynolds says the church resumed its Vacation Bible School this summer after a two-year hiatus and saw 12 children come to faith in Christ through the event. The congregation also has a heart for missions. Members serve locally and through annual mission trips in the Appalachian Mountains.

Reynolds expresses thanks for the groundwork former Executive Director George Bullard laid for the CMBA Family of Churches, saying he believes “God used George to move us to make changes that have poised us to be used by God in a greater way in the years to come. I also believe that our new Executive Director, Jamie Rogers, is God’s chosen man to lead us to be used by God in that greater way.”