The Kingdom Value of First Impressions 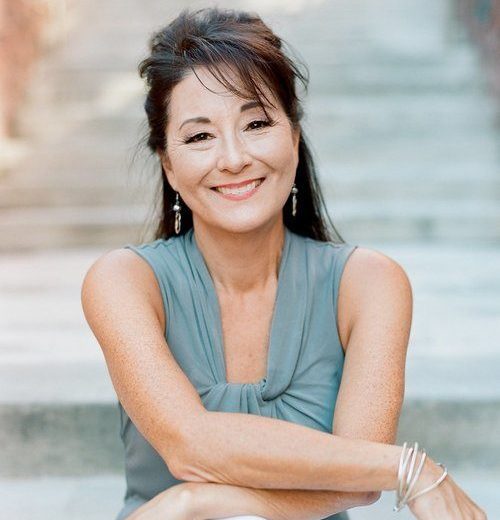 The Kingdom Value of First ImpressionsDownload

Mary Ann Sibley wants you to feel welcomed and included. Drawing on corporate experience and a passion to reach people with the gospel, Mary Ann has trained thousands of volunteers and churches to cast their unique visions for the greeting ministry First Impressions. Her calling is also a result of experiences that shaped her own relationship with church.

Mary Ann was in the fourth grade when her father served in the Vietnam War. The unchurched family felt the sting of neglect during that time as neighbors invited them to church when her father returned home, yet never offered to help during his absence with simple day-to-day chores like mowing the lawn. To them, church was a clique they wanted no part of.

Mary Ann’s father, who was born in Kentucky, met her mother in Japan while serving in the military. Her family experienced various forms of racism and Mary Ann admits to struggling with her own identity growing up. Her mother embraced Buddhism after arriving in the United States and Mary Ann became a follower as well. Today she can see now how God used these early painful experiences to shape her ministry.

“Part of my passion is based in my history of not being welcomed at church and wanting to be a part of something. All I knew of churches was what I’d seen in movies or how neighbors had treated us. We don’t always know what’s happening in other people’s lives,” she says.

Mary Ann grew a successful corporate career, married and had two sons. When her marriage ended after 15 years she was blindsided by depression and revisited many of the hurts she experienced earlier in life. At her lowest point she attempted suicide.

“Jesus rescued me from depression and from the suicide attempt, but I didn’t even know He existed. I can see that God placed people in my life and was clearly drawing me to Him even back then,” she says.

Several years after her divorce Mary Ann and her boys moved to a new neighborhood in Raleigh, N.C., and became friends with some neighbors. When Mary Ann discovered the family moved there to start a church, she admits being defensive and worried about her boys playing with their children. But the family showed love and invited them over for dinner and other outings.

“When they would take my boys I never thought, ‘wow what nice church people.’ I thought, ‘I have a free afternoon!’ God works through those circumstances. No one preached at me, they just loved me. I finally decided to visit their church, just to make sure it wasn’t a cult,” she laughs.

On August 10, 1999, Mary Ann prayed to receive Christ, and her sons were saved soon after. The former Buddhist who once had no interest in church became like a sponge, growing in her faith and eager to serve. At the urging of her pastor, Mary Ann took on the part-time role of managing the church’s new building project then served as the office manager for the next four years. She says her unique knowledge of the church grounds coupled with the spark of reading the book “First Impressions” by Mark Waltz led her to launch a customized version of the ministry at her church.

From the beginning Mary Ann was adamant that First Impressions be intentional and have a defined purpose to reach visitors. Volunteers began multiplying in the new ministry, which offered a variety of ways to serve and utilize spiritual gifts. In the years that followed, Mary Ann searched for ways to make the ministry grow, be sustainable and replicate. What started with a team of 30, eventually grew to include 1,000 trained volunteers and 150 leaders.

“First Impressions is more than someone standing at a door and greeting. It’s people on fire and on mission for God where they realize it’s not about them. It’s people looking for opportunities to be uncomfortable, available and proactive to show the radical hospitality and love of Jesus,” she explains.

Over time, Mary Ann stepped away from her church role and embraced a larger vision to help churches in creating a serving culture of “I get to serve!”.  Her services include training workshops for volunteer orientation, vision casting and understanding its essential link to discipleship. She also offers personal coaching packages for individuals overseeing ministries.

“I love for God to touch that visitor before they even walk in or sit down. As we say, “The sermon starts in the parking lot.” What a beautiful gift it is to have prepared the way, clearing the path for what God will do through Worship, the Meet and Greet and the Message,” she says.