Jesus and Our Brain Compete for Racial Reconciliation 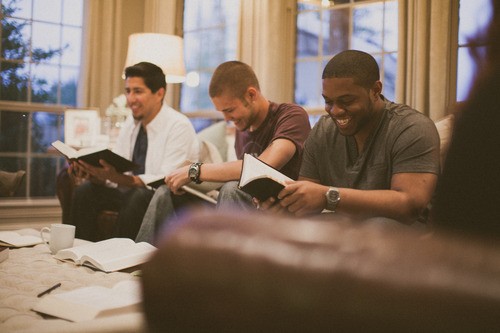 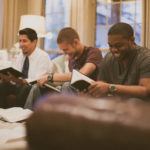 Today I attended a presentation and dialogue on changing the way the Church views racism. With me were six people representing various member congregations of the Columbia Metro Baptist Association.

It was sponsored by the Fellowship of South Carolina Bishops. Guest speaker was Drew Hart of Messiah College in Pennsylvania, and author of Trouble I’ve Seen: Changing the Way the Church View Racism.

In the dialogue around our table, one team member suggested there is competition between Jesus and our brain. Here is my spin on what she meant.

Our relationship with Jesus is one of unconditional love. Through such a relationship external racial reconciliation is possible. It involves our awareness of racism in our words and actions, repentance of racism in our lives and the systems of society we enable, and forgiveness for our sin of racism. This awareness may ultimately lead to actions to rid society of unjust laws and systems, racist cultural practices, and racial privilege.

Memories of past racism pop up at the most inopportune times. Especially in the case of the victim of racism. Words, actions, and emotions are often expressed as a reflex without time to think about them.

Last year in a Baptist organization of which I am part, a new worldwide missional initiative began that had great long-term promise. The people developing it used inadequate process and poor judgement in the way they developed this new initiative. However, their motives, spirit, and passion were right on target.

I was mildly upset with them, but as a white minister I just saw it as poor process. I really believed strongly in their cause. A black minister colleague saw it as racism, had a strong, negative response to their cause, and challenged their efforts.

My attempts to dialogue with him to suggest another perspective were unsuccessful. He was emotional to the core of his very being. I realized my best role as his friend was to listen, pray with him, support him personally, but also to indicate I saw the situation differently.

But, he helped me see that is not the issue. If the combination of the Jesus perspective and the brain not forgetting meant it was racism for my ministry colleague and friend, then it was important to affirm that his feelings of racism are real, legitimate, and not easily resolved.

That is part of what makes racial reconciliation so tough. True reconciliation and resolution happens from the inside out and not the outside in. It is never finished. We must always work on it.

God’s grace is sufficient for external relationships. The brain makes forgetting almost impossible. That is not a bad thing. It is a real thing. Reconciliation and resolution takes everyone’s full heart, soul, mind, and strength.

Where are you regarding the competition of Jesus and your brain on racial reconciliation?