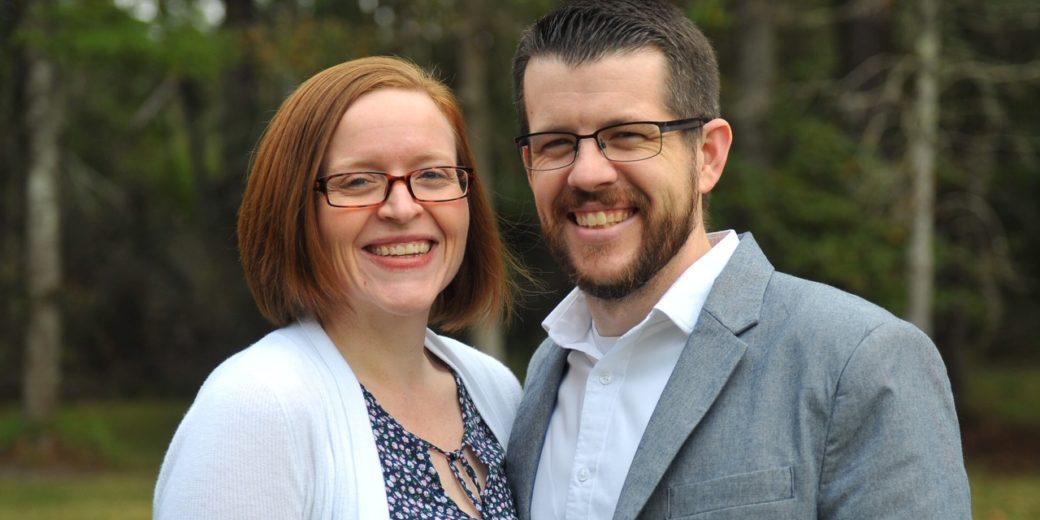 (Editor’s Note: This is one of a series of articles about pastors who began serving a church in the Columbia Metro Baptist Association less than three years ago, and how they are seeking to lead their congregations to be vital and vibrant missional communities.)

Chris Reinolds was serving as a children’s pastor at a Florida mega-church when he heard God’s call to become a senior pastor. God moved him to Boone, NC, where he served as a pastor for four years before seeing an opportunity for church revitalization at Killian Baptist Church, in Columbia.

“I knew the church was looking at revitalization,” Chris says. “Over 10 years, from 2007 to 2017 the average attendance had dropped from 300 to 50. A lot of churches talk about revitalization, but they often don’t want the change that comes with it.”

“What really prepared me for revitalization was attending a Congregational Champions Retreat created and facilitated by Columbia Metro Baptist Association Executive Director George Bullard,” Chris says. “George presented the questions that congregations must ask themselves, beginning with ‘Whose church is this?’”

“As we are reminded that the church belongs to Jesus, the next question is, ‘What is Jesus’s mission for His church?’” Chris says. “That leads into Great Commission conversations about how the church is intentionally making disciples. How are we fulfilling that mission – to make disciples? Those questions lead a church into truly evaluating what it is doing in ministry.”

George Bullard defines church revitalization this way: “A process by which a congregation, which is no longer captured by God’s empowering vision and is no longer engaged in effective actions that fulfill the Great Commission – in the spirit of the Great Commandment – seeks to rediscover God’s empowering vision and intentionality in ministry that leads to vitality and vibrancy.”

When Chris met with the Killian leadership prior to his call, he came ready to talk about revitalization. He gave them a nine-page document “of what I would likely do as their pastor,” and that was shared with the church.

“The church had a great interim in Ben Newman, who helped introduce the entirely new concept of revitalization,” Chris says. “When I started talking to them about this new journey, it was a concept they had already heard about through Ben’s leadership and through George and the associational staff.

“My heart for Killian’s revitalization was that it needed to be gospel-focused, rediscovering a passion for the gospel and its transformative power,” Chris says. “I wanted the church to be gospel-saturated people becoming a beacon in the community – light actually going out into darkness.”

After all the talking, Chris Reinolds, his wife Rosalind, and their five children came to Killian Baptist Church, in Columbia.

“We had to let some old practices die away,” Chris says. “The church had become a resource-driven ministry, collecting and gathering this item or that item, and then donating it away with no gospel-centered involvement with those receiving the donations. This resource-driven approach was not adding to the Kingdom. We want everything we do to be relationship-driven.”

“Over the past two years, we moved our worship to be more Christ-centered than generational-centered,” he says. “Now, we use a lot of different worship styles; we are gathering to worship God without regard to generation or to race or language culture.”

“We’ve seen people go, and we’ve seen people come and stay. We’ve added two small group classes for younger and medium-aged adults. Before, we just had two senior adult Sunday School classes. Our average age has dropped from 70 to 50 during the past two years.”

“Some of the budgeting was not practical for ministry today, and so we brought the church budget in line with giving,” Chris says. “We’ve learned to leverage the resources God has given us – people and buildings – to build community relationships, which can lead to Kingdom growth. We have built a relationship with a homeschooling association and with a foster parent association, allowing both to use our buildings. Out of that, we’ve already seen God at work.”

Chris says the church is now going out into its community, knocking on doors, offering prayers.

“Just this past Sunday, for the first time in two years, someone said to me, ‘I’ve shared the gospel,’ and that’s very encouraging. It means the people are taking the gospel seriously. That person accepted Christ as Savior, and that was thrilling for the church.”

Sometimes, Chris thinks back to his first call as a children’s pastor and sees God’s handiwork in preparing him for today’s work at Killian Baptist.

“Being a children’s pastor taught me the value of simplification,” Chris says. “Children’s ministry at our church in Florida was too complicated. Children gathered four times each week – twice on Sunday, children’s church, and then on Wednesday night. They had more than 200 different Bible lessons in a year, and that’s not effective. It’s too much information, and so we had to simplify things with a laser focus. From there, I adopted that into my personal ministry focus, and churches must do the same.”

To further guide Chris in leading Killian Baptist’s revitalization, he has participated in the association’s Congregational Assessment and Learning Experience for churches and serves with its Visionary Leadership Community.

A Wednesday Word from George Bullard for September 1, 2021

OPP 055: The Nones — A Conversation with Author Ryan Burge