What Does the New Open Carry Law Mean for Churches? 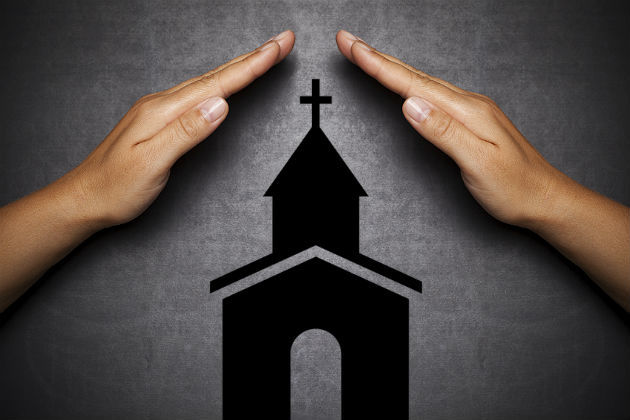 South Carolina Governor Henry McMaster signed the Open Carry with Training Act (formerly House Bill 3094) into law on May 17, 2021. Due to a 90-day implementation delay, the law went into effect on Sunday, August 15. Does this new law impact churches and, if so, in what ways? First, consider details of the new and existing laws on this issue.

House Bill 3094 was first introduced on January 12, 2021, then in the Senate on March 23 and passed by the General Assembly on May 12, before the Governor’s action five days later. The new law allows legal residents who carry a valid South Carolina concealed weapons permit (CWP) to openly carry a concealable weapon on their person or in their vehicle, and also applies to non-South Carolina residents with a license or permit from a state that South Carolina honors. Some quick reference points on the law, which can be read in its entirety here:

The new open carry law does not change the existing limitations for gun carriers and the rights of a church, namely that a licensed and trained carrier must still obtain formal permission from a church official or governing body in order to carry, openly or concealed, on church property. Of note, the new law does contain amendments, under Section 7 entitled “Church Services,” that primarily address scenarios for schools that meet on church properties, churches that meet on school properties and related school activities taking place there. There are exclusions for individuals to carry even with church permission.

Gateway Baptist Executive Pastor Ronald Flynn says his church intends to maintain all current procedures with respect to the new law. The church’s Safety Response Team (SRT) will not open carry and only certain team members have church authorization to carry a concealed weapon on the church property. Team procedures include notifying individuals of the law who may bring weapons on campus without authorization, requesting such individuals place all weapons back inside their vehicles and be compliant with the law in the future.

“We have always held the position that anyone who has a Concealed Weapon Permit knows the law and anyone that is found carrying is violating the law,” Flynn explains.

This an appropriate time for all churches to discuss and come to an agreement within their own staff and laity on how to handle the issue of appropriate open and concealed carry on the church campus, including during worship services. In recent years many churches have been forced to consider best practices on protecting congregants during worship services and other meeting times throughout the week following any number of highly publicized church related tragedies, including Charleston’s Mother Emanuel AME Church shooting in June 2015. Churches should have a process in place regarding gun carrying approval not just for legal issues, but also for liability.

A trusted source knowledgeable on church liability offers some things to consider for those churches allowing individuals or safety team members to be armed while on church property. Leaders should create a clear safety and security plan, approve it, educate the congregation on the process and then adhere to that plan.

Regarding the permission granting process, a church’s permission letter wording should include that the pastor (or designated person signing the document) serves as the representative of the church, that authorization is granted to the individual and specific wording as to when and where the individual is allowed to openly carry while on church property. Some churches require additional gun safety training, such as completing qualifying time at a shooting range twice a year, beyond the basic training required to obtain a CWP permit.

Churches should retain files for each approved individual carrier that include copies of their permission letter and updated documentation of any additional training requirements. It is further recommended that authorized individuals carry the church’s letter with their CWP while carrying on the church campus.

Churches are advised to be prepared with a more holistic approach to preparedness that covers all elements of safety, regardless of its stance on allowing weapons on campus. It is wise to have a team and procedures in place to respond to any emergency, as medical events are far more likely to happen than an active shooter situation. For this reason, some church safety teams include members who are in the medical profession.

There are resources available to churches at every point in the safety preparedness spectrum. For those looking to create a process or team, there are retired law enforcement professionals and vetted safety training companies that may be hired for protective planning and related services. Southern Mutual Church Insurance, which represents CMBA, has online resources including a helpful video at www.smcins.com as well as staff who are willing to meet with churches. Regarding the new open carry law, statements from the Richland County Sheriff’s Department Office of Public Affairs and Lexington County Sheriff Jay Koon may also be helpful to churches and members of the community.