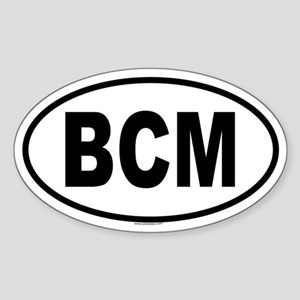 CMBA churches have long-supported Baptist Collegiate Ministry (BCM) at the University of South Carolina which has been reaching local and international college students enrolled in schools from across the Midlands for decades. BCM offers weekly worship and discipleship opportunities and enjoys connecting students to local churches as well.

The South Carolina Baptist Convention recently welcomed Lesley and Jonita (“JJ”) Joseph as new campus ministers to Allen University and Benedict College starting March 1 and CMBA churches are invited to partner with the couple as they begin work.

“We all want the same thing – for students to know the Lord, serve Him and, when they graduate, to impact the world in His name,” Lesley says of their ministry focus.

According to Columbia-area BCM Director Jamie Rogers, several Benedict students have become believers in recent years and are active through the BCM on the UofSC campus that is open to students from all Midlands colleges and universities. “I am so excited the Josephs are now here to focus ministry to these campuses,” Rogers says. “They have a strong heart for black students living and studying in Columbia.”

The plan is to build separate BCM ministries – one on each campus that reflects its individual culture and characteristics – through introductory events, Bible studies and regular times of worship. The Visionary Leadership Community was introduced to the Josephs during its March meeting, where they heard about their call to ministry and desire to partner with local churches to realize their vision for reaching students at historically black colleges and universities through BCM.

“We want these students to see us and know us as people who care about them and about all the things that will influence them as they are in school. We want to be salt and light on these campuses, sharing the gospel in ways that are contextual. We want to influence them in ways that maybe they aren’t being reached through other ministries,” Lesley explains.

JJ, originally from Townville, holds a Bachelor of Science in biblical studies from Liberty University and is pursuing a Master of Science in professional counseling from Columbia International University. JJ also serves as chaplain for the CIU women’s basketball team. They are parents to four children under the age of 10.

The next steps in planting these BCM groups include partnership, which the Josephs are looking to establish with CMBA churches for additional support with meals, donations, prayer and future events for students. There is particular interest for local churches with athletic facilities or gaming areas to occasionally host BCM events to further engage students. Lesley says they have received overwhelming support from Midlands pastors and the couple had a good initial meeting with Benedict students who are “excited about having a Benedict BCM on their campus.” JJ has already begun having one-on-one meetings with students and has started sharing the gospel and serving them.

Early work is also being done through Allen University’s administrative processes. Campus prayer walks include asking God to provide opportunities to engage students as BCM’s presence is increased on campus. According to Lesley, there are “already a number of churches and partners on our advisory team who want to do ministry on these campuses. We are truly blessed to be in the position that we are in.”

For more information or to partner, contact Lesley by email at lesleyjoseph@gmail.com.

A Letter to the CMBA Family of Churches from Rev. Jamie Rogers