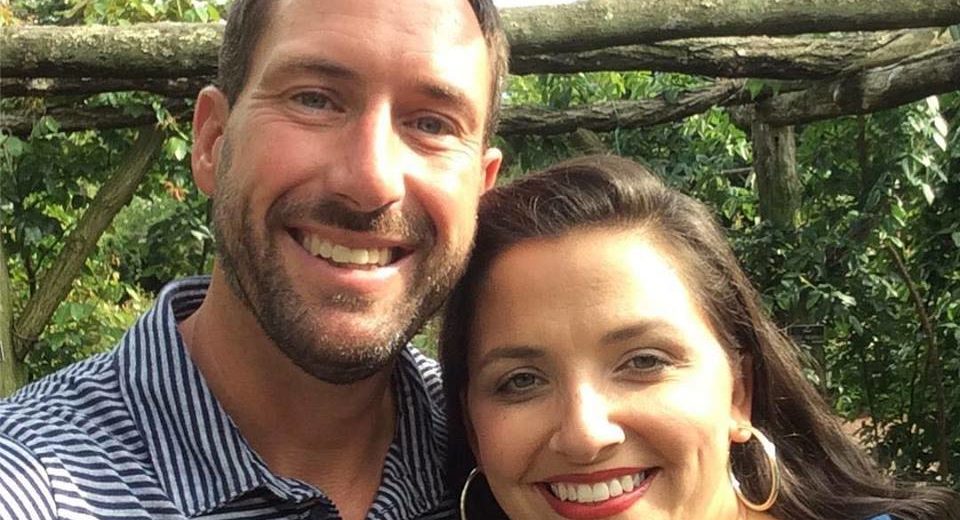 Jamie Rogers is the new Columbia area Baptist Collegiate Ministry (BCM) director, here to serve Midlands area college and university students. His ministry scope includes students attending the University of South Carolina, Columbia College, Benedict College and Midlands Technical College. Rogers began his work December 3rd and has hit the ground running by making contacts and meeting with local students as he seeks to build relationships in order to disciple and share the hope of the gospel with them.

“I genuinely love college students and am excited about the challenge of reaching students – from all over the world – with the gospel. I am here to reach those who really have no intention of following Jesus, the ones that don’t even know they need Him. I get a front row seat to watch what God is going to do as He pulls students to Himself,” Rogers says.

Rogers and his wife Natasha are South Carolina natives who, along with their four children, moved to Long Island, New York, five years ago to plant a church. He says he’s always had a heart for reaching internationals, especially those who are from countries that are closed to the gospel. Crossroads Church of Long Island has grown to be a culturally diverse church and has baptized 70 people, including more than 30 people of various ethnicities within the last three years alone.

“Long Island is a place where less than three percent of the population knows the Lord, and there are pockets of internationals in and around the island. God gave us a great opportunity to do student ministry in New York, and we loved seeing them ‘get it’ and catch the fire of serving Jesus. Now we are excited about this opportunity in Columbia to send students out on mission with their life, get a heart for the nations and see all people come to faith in Jesus,” Rogers says.

That excitement for campus ministry has multiplied since Rogers was first contacted by the South Carolina Baptist Convention about the BCM position. In fact, he says he was very happy living in New York and was not interested in leaving the church plant at that time. As the Rogers became open to the idea and prayed about the opportunity over the next several months, it became clear that God was calling them back to South Carolina with a focused ministry to students.

“We love Columbia, it’s our favorite city in the world. If you could have drawn up a perfect position for us, this would be it. We are really happy that God has allowed us to serve in Columbia, and with the churches here,” he says.

More than 25 churches in the Columbia Metro Baptist Association have an ongoing partnership with the Columbia area BCM, and Rogers looks forward to building on those relationships. Some churches provide meals before the weekly Tuesday night gathering, some bring snacks for events and others, like Woman’s Missionary Union groups, volunteer to prayer walk the campuses. This support is critical to the success of BCM ministries and important to Rogers as well.

“I see BCM as a collection of churches. We are here as an arm of the state convention and the association, utilizing churches on campus. Our mission statement reads that we are here to partner with Christian students and churches, with the goal of seeing every person take their next step with Jesus,” he explains.

The Rogers have experience hosting new Bible study groups for students and young professionals, and this is one idea he plans to incorporate with BCM leadership to help them become more missional on their own campuses. He is already meeting with student leaders and exploring opportunities to expand the reach of ministries on the different campuses. Specifically, Rogers is looking to tap unreached groups of students.

“I hope to see God expand the influence of the kingdom all over these campuses, reaching pockets where there can be more influence. The more students that are coming to BCM, the more will come. There are opportunities out there, and ultimately our goal is to point these students to Jesus,” he says.

Today Rogers can see that certain aspects of his church planting experience have prepared him for this new phase of ministry. He says that learning to share the gospel in the post-Christian culture he experienced in New York has helped him know how to contextualize the gospel for today’s college students to understand it. In keeping with that, he’s restructuring the BCM schedule to include a large group community gathering once a week and plans to be intentional to provide customized ministry support at the individual campuses.