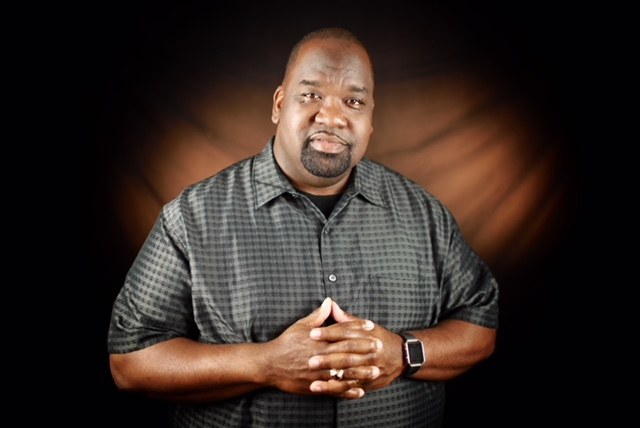 He also teaches homiletics and systematic theology at his alma mater, Columbia International University (CIU), and he is the pastor of Concord Fellowship Baptist Church, which he planted and helped merge with another historic church in Columbia, SC.

Andre said that the greatest challenge he faces is finding enough time in each day to carry out all his responsibilities. “They each complement one another and provide an opportunity for me to learn, practice what I learn, teach what I’m learning, and to serve others.”

Born and raised in Dillon, SC, Andre was called to preach at age 7 while in the hospital for several weeks with kidney illness. As a child and young adult, he began to engage in public speaking and to participate in Bible Drills and similar contests. At 18, he preached his first sermon and began following in the footsteps of his father as a pastor. Both of his grandfathers were also church leaders.

In 1995, he graduated from CIU and went on to receive a Master of Theology degree from Dallas Theological Seminary in 1999. After receiving his master’s, Andre was recruited by the Union Baptist Association, serving the Houston, TX area.

Instead he returned to Columbia. Andre recalled, “I called Roosevelt Morris, who was serving on the state convention staff, and met with him and Bill Dieckmann, who was director for our association. Out of those meetings, and with the sponsorship of Gateway Baptist Church, I planted Church of the Open Door as an SBC church, primarily reaching African Americans.”

“We started in the Northwest section of Columbia, meeting at what had been Gateway’s property. Next, we met in a hotel, later at Jamil Temple, and finally we moved to Pine Belt Road in a building provided by the association. We were able to give a $100,000 donation back to the association.”

In 2005, Andre was called as pastor of the former Martin Luther King Jr. Memorial Baptist Church, which he served while also continuing to serve Church of the Open Door. While Martin Luther King Jr. Memorial’s membership was declining, Church of the Open Door was growing. Leaders at both churches made the decision in 2009 to merge the congregations and to call the new church Concord Fellowship Baptist Church.

“That was an important decision that helped me, as a pastor, to see the value in church planting and revitalization. MLK was the first Southern Baptist African-American church in the association. It was a big decision by leaders to embrace a merger,” he stated.In 2011, Andre graduated from CIU with his Doctor of Ministry degree and began teaching at CIU. That experience has been invaluable to his work with the association as he helps with church planting, revitalization, and recruiting leaders to plant new congregational expressions, in Columbia.

“As a missions strategist for the association, I want to create an interest in planting churches and in supporting those church plants.” He stated that “Our greatest need in church planting is Southern Baptist churches in the African American corridor around Garners Ferry Road and Lower Richland County.”

“Our association is unique,” Andre said. “We have affluent areas, we have poor areas, and we have rural areas. A part of my mission, across all of my service, is to help the church be socially sensitive to the realities of poverty, single parenthood, educational opportunities, a lack of jobs, and a lack of adequate insurance. Our association must help speak to a plethora of issues.”

The many hats of Andre Rogers are equipping him to both bring awareness of and create solutions for these issues.

Andre said that he couldn’t have accomplished what he has without his family. He has been married to Sylvia for almost 21 years with two daughters Adrianna (19) and Savannah (17).