CMBA Preteen Travels to Honduras to Share the Gospel 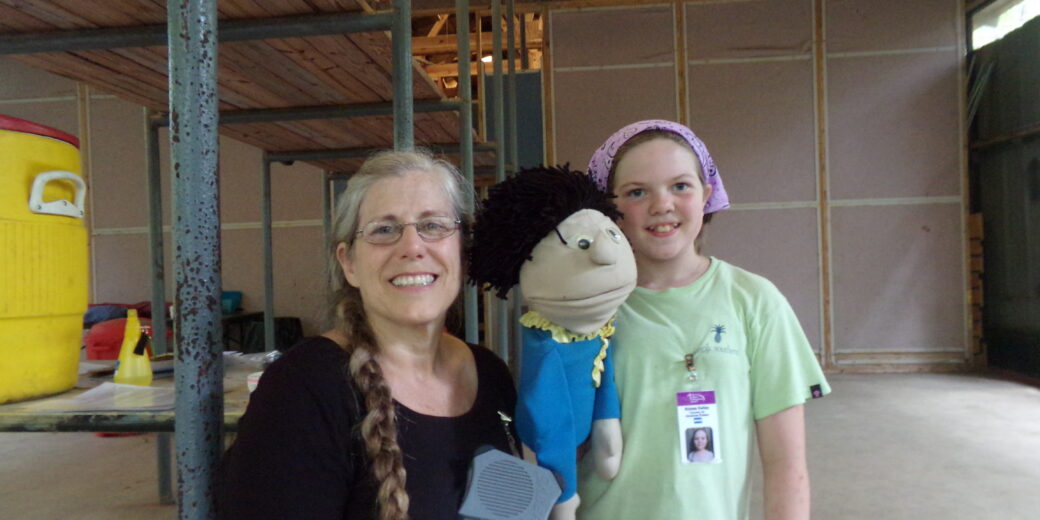 Alyssa Kelley went on her first-ever mission trip to Honduras this summer. The Temple Baptist member and her team worked in construction and with children to share God’s love and the hope of the gospel. Alyssa’s story is unique because she went on this international mission trip without any members of her family…and Alyssa is 11 years old.

“If someone had the opportunity to go on a mission trip to another country, I would definitely encourage them to do it. At times missions can be extremely rough, especially in countries where there is danger for sharing the gospel, but it is a wonderful opportunity for someone younger,” Alyssa says. “We are spoiled about what we have here in America. I have a new understanding of what we have and what to be thankful for.”

CMBA Associational Missions Strategist Jamie Rogers says stories of believers like Alyssa going on mission are exactly what he hopes to see happening in churches across the Midlands area.

“When I met Alyssa, I was so impressed with the bravery of an 11-year-old girl being willing to travel to a foreign country in order to spread the gospel there. What an encouragement and a challenge she is to the rest of the body of Christ,” he says. “It’s also a testimony to the type of discipleship her parents have performed throughout her life to be able to send her to a foreign country to spread the name of Jesus. I’m sure this is an experience she will be able to build upon moving forward in her faith journey. When we are following Jesus, the world is at our doorstep!”

Parents Brian and Kimberly Kelley have raised their five children with exposure to missions and have seen their four oldest participate in various trips through Teen Missions International (TMI) and a South Carolina-based camp modeled after it, called Bethany Summer Youth Camp. In fact, it was Alyssa’s older sister Faye’s mission trip through TMI in 2021 that inspired Alyssa to apply.

“My older sister had a great experience in Honduras and the people she met were so nice. As soon as she came back, I told my parents that I wanted to go,” she recalls, and began looking into teams slated to serve in Greece and Guatemala.

The TMI experience includes a two-week boot camp (or a little shorter for pre-teens like Alyssa) before traveling to the designated country to serve for three to four weeks, and then returning for a one-week debriefing time at TMI. International conditions prevented some 2022 trips TMI originally planned, so Alyssa was placed on the Honduras team consisting of 20 preteens, teenagers, and adults.

When asked about a time when she felt God’s presence during the trip, Alyssa quickly began sharing about what her team called “Three Miracle Sunday.” The first miracle involved getting the team’s truck out of a ditch after it ran off the road on the way to church.

“Then we went to church and were able to use our puppets and do the presentation. Afterward, the truck wouldn’t start so we couldn’t leave! One leader suggested we do a ‘popcorn prayer’ and when the third person prayed, the truck started,” she says with excitement.

The third miracle that day happened while the team gave a presentation to people living at a dump. They saw a donkey hobbling around with a plastic bucket lid stuck on its hind leg. The animal wouldn’t let anyone close to it, until after the team’s presentation was over.

“We saw the donkey again, and this time it let us get the bucket lid off its leg. One of our leaders said the donkey was like us. Sometimes we walk away from God, but God is always ready to help us,” Alyssa shares.

The team’s nightly worship rallies were livestreamed so Alyssa’s parents could see her and participate virtually. In those moments, Brian says they could “see her overcome hardship and lock in” to some of the challenging aspects of international missions, especially at such a young age.

“Alyssa’s leaders were amazed that Alyssa always had her head about her and knew what they were supposed to be doing. You don’t expect that from an 11-year-old, but then they realized who her sister was, and that Faye is the same way. It’s one thing for a 16-year-old to be that way, but another for an 11-year-old,” he says.

“We were excited and a bit nervous about Alyssa going to Honduras. She had never been away from us for any length of time, so we jumped right in on a trip that was a long time away and to a place very far away. It was actually terrifying for us as parents,” Kimberly says. “We did a good bit of praying. This is something she wanted to do and felt this was what God wanted her to do, so we said, ‘have at it!’”

Temple Baptist members committed to praying for Alyssa during the trip. Part of her preparation requirements included creating a prayer partner list, and people took the responsibility seriously. Kimberly says that during Alyssa’s trip friends and church members constantly “asked about her and for updates and told us they were praying.”

There are a few more CMBA connections to note in this story. The Kelleys homeschool and are part of a co-op – a group of homeschooled students who gather for group class experiences – that meets at Temple Baptist, where Brian has served as youth director since 2018. And the Kelleys were introduced to the missions organizations they have supported through Rev. Larry Fraser, who Brian first met when both men served on staff together at Spears Creek Baptist in Elgin.

For his part, Brian says he is encouraged to see his children “working out their salvation. Faye and Alyssa both chose to give up time and creature comforts to serve God. As a believer and a father, I couldn’t ask for anything greater.”

Kimberly agrees, adding this was a “great experience for our girls. I would encourage anyone to prayerfully consider something like this for themselves or their kids. I’d also say it’s ok to be scared [about missions] but still do the thing that scares you. Missions is really awesome.”