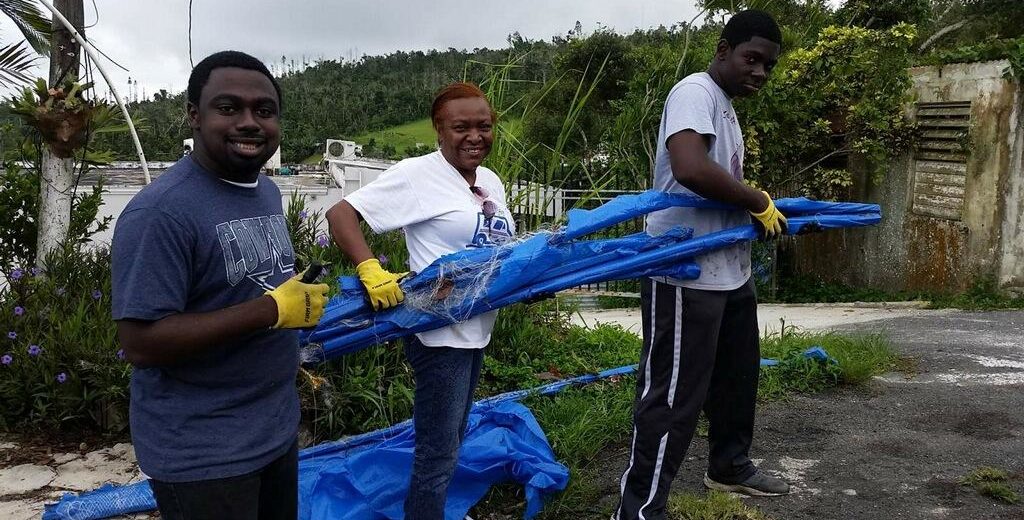 Columbia native Ralphetta Davis just returned from her second mission trip to Puerto Rico in less than a year. Those teams helped repair homes and a church damaged from Hurricane Maria in 2017 and worked to build relationships on behalf of the church in the local community. On her most recent trip, Ralphetta especially enjoyed the time her team spent at a senior living center located in a nearby mountain region of the country.

“In Puerto Rico we are seeing God bring more people into the knowledge of who He really is. I was so overwhelmed at the greeting we received at the senior center. They showed so much love for us,” she says.

The team painted the residents’ finger nails and played board games with some of the men, and Ralphetta says the experience sparked a desire to serve her local community in new ways. In fact, her international missions experience has given her a different perspective on her role in sharing the gospel.

“The biggest thing for me has been realizing that I’m now able to be a part of the Great Commission. For so long I had just given financial support, but the Bible says to ‘go.’ My trips to Puerto Rico have given me an opportunity to go and be a part of what God is doing, and it’s very fulfilling,” she says.

Ralphetta has long been a part of what God is doing in the Columbia area through her local church, Concord Fellowship Baptist. She was licensed to preach by her church in 2010, ordained in 2014 and has served in a variety of lay leadership and church staff roles over the years. As a former employee of the United States Postal Service, Ralphetta worked most of her 38 years of service in internal auditing including, for a time, at its headquarters in Washington, D.C. She and her husband have an adult daughter, who is also a member of Concord Fellowship and is on the praise team.

Ralphetta currently serves as the moderator for the Columbia Metro Baptist Association, a role she first held in 2012. She is active in several associational ministries, including the Visionary Leadership Community, Hunger Ministry, and Woman’s Missionary Union. Ralphetta says she especially enjoys that Columbia Metro partners with Gethsemane Association’s Woman’s Missionary Union to lead a National Prayer Day gathering each November.

Missions has played a vital part in Ralphetta’s life, so when she was presented with the opportunity to serve in Puerto Rico it was an easy decision. Columbia International University assembles mission teams that travel to the country every March, July and October, and an associate minister on her church staff connected with the ministry invited her to join a team. On her first trip last fall, Ralphetta served with team members from South Carolina and Tennessee.

“In October we helped widows whose homes were affected by Hurricane Maria by replacing their roofs and walls. During my trip this year, we returned to one of those homes to replace the floors and put tile down throughout the house. The homeowner had been living in an old garage because of the damage to her house,” Ralphetta says.

The mission team also helped a Puerto Rican Baptist church demolished by the storm, by cleaning the yard and inside of the building to prepare it for visiting missionaries who need a place to stay. Ralphetta says the pastor was heartbroken about the condition of the church building and discouraged that all but a few members had left because of it.

“We spent time getting things fixed. We prayed with the pastor and spoke words of encouragement into his life. We also walked the community to let people know the church was being revitalized and invited them to services again. It was touching for me,” she says.

Ralphetta says the people of Puerto Rico consistently show their love and gratitude to the mission teams, share homecooked meals and offer fresh flowers and other gifts. Her experiences have reminded her to be thankful for basic things, like clean running water, and for the blessings that come from obeying God’s call to missions.

“So often people will say they’ll ‘just send something,’ which is good because we always need financial support. But touching that land and touching the hearts of those people means so much more. Being able to communicate with the people themselves and hear stories about how God has been good to them – and is still being good – speaks volumes to me. It’s special to know you’re becoming a part of what God is already doing there,” she says.