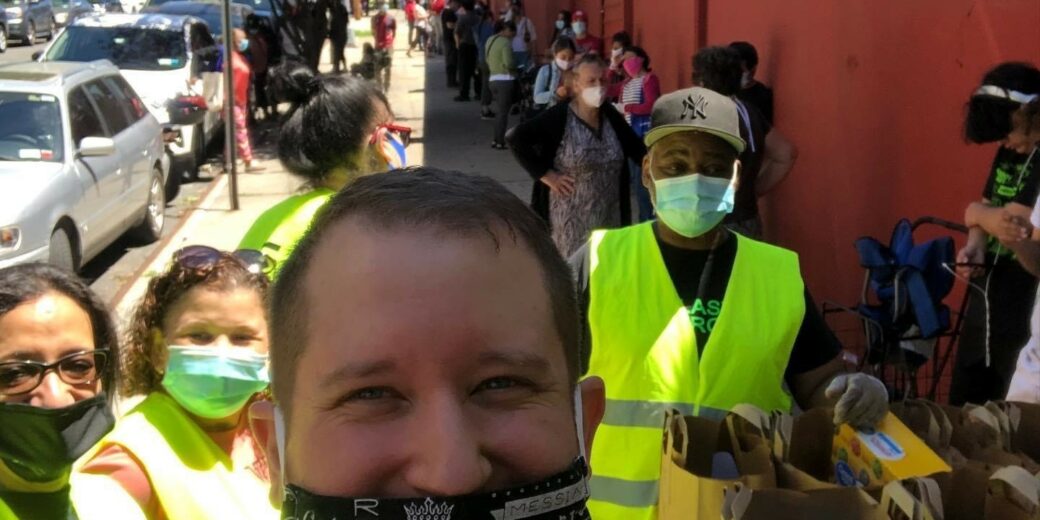 Following the sale of the CMBA building in December 2019, the Visionary Leadership Community (VLC) approved gifting a portion of the proceeds to the Metropolitan New York Baptist Association (MNYBA) as a “missional tithe.” The gift was given in February 2020 and birthed through the existing relationship between CMBA Executive Director George Bullard and MNYBA Executive Director George Russ which dates back to the early 1980’s and their previous ministry interactions include strategic missions development for the New York City area and the Baptist Convention of New York. Russ says he was “overjoyed” to create a proposal for how the $30,000 gift would be utilized in his association, mere weeks before the catastrophic impact the COVID-19 pandemic would have on his city. 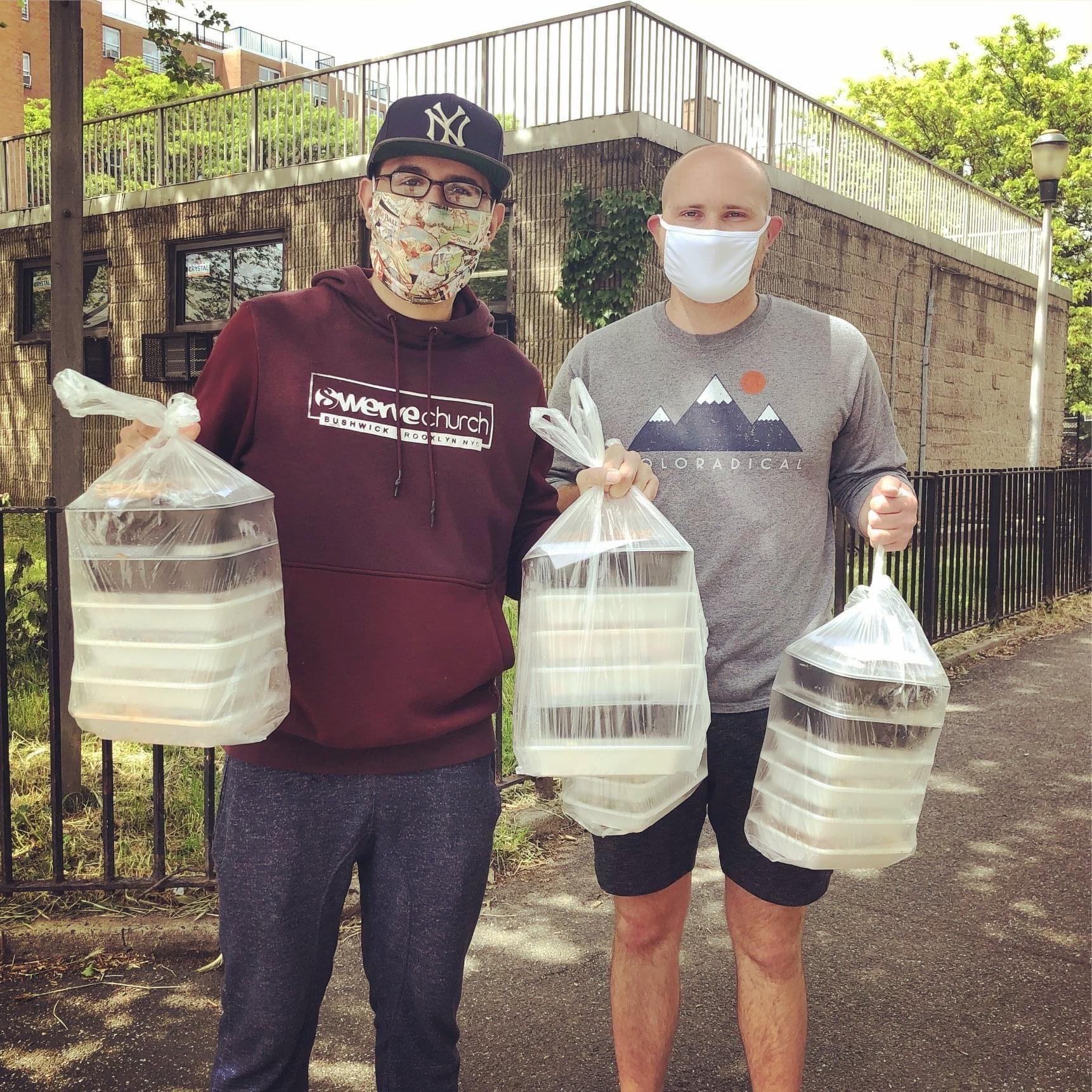 “The offer came when we were plugging along in the winter. It’s humbling to know there are people around the country that have New York City on their heart and would be so generous and open-handed. It was such an encouragement to develop a strategy and know that CMBA churches would come alongside of us in this way. It’s an affirmation that God is leading out in front of us,” Russ says.

The CMBA gift was perfectly timed ahead of new needs the NYC pastors, church planters and ethnic ministry partners would have in the wake of the pandemic. During its peak, Russ reports there was widespread virus activity among the churches, impacting members, church staff and their families. Many church members, several pastors’ spouses and one MNYBA pastor lost their lives to the illness. Months later, the mental and emotional tolls are still being felt across the association.

“One pastor from Brooklyn recently said, ‘I don’t need another podcast on seven ways to survive the pandemic written by someone who doesn’t live in this city. What I need is a friend. Man, did that silence the room,” Russ recalls.

During the early days of the pandemic Russ stayed in touch with pastors through phone calls, where they often read Scripture and prayed together. One pastor told Russ his was the first voice other than his spouse’s that he had heard in a week. Russ has recognized the importance of being a pastor to pastors, in addition to helping churches be on mission in the city.

“For a long time, prior to CMBA’s offer in fact, our small staff felt the great need to bring pastors together for prayer and encouragement. Our initial plan was for a series of overnight experiences, but the pandemic shut that down,” Russ explains.

Instead, MNYBC used some of the CMBA funds to host nine “micro-meetings” this October. In all, about 50 pastors gathered for a meal, physically distanced fellowship and received a book as a gift. CMBA funds are also earmarked for upgrading the MNYBA building’s chapel which hosts the worship services for five churches including Ethiopian, Russian, Korean and Messianic congregations.

Additional funds are being used for monthly training events, which are currently virtual and engage up to 50 attendees on topical presentations on discipleship, preaching, prayer and reaching millennials. A large portion of the CMBA funds are going directly to help MNYBA churches serve their communities.

“We have had numerous testimonies of people coming to Christ through online services and being discipled over Zoom or other electronic means. A Russian congregation discipled four new Believers online, then arranged to drive 80 miles north of NYC to a campground for an outdoor baptism service. A Brooklyn pastor has helped deliver over 1 million pounds of food and is looking at how his church can continue this moving forward,” Russ reports of pandemic ministry, which has also included food pantry, personal protective equipment donations and ministries to front line community workers.

MNYBA is seizing this forward momentum, focusing on opportunities God is providing. While some churches have resumed in person worship, others that depend on public spaces like office buildings or schools are still unable to gather. Russ reports those pastors continue to think creatively to meet virtually or are considering creating home groups instead.

“I am pleased that our gift, which was first suggested by associational Vice Moderator J Thompson, pastor of Cedar Creek Baptist Church, is being used to help pastors and churches during the pandemic. The metropolitan area of New York City is a mega mission field which calls out for Baptists to respond with significant resources. I would hope that some of our CMBA churches would feel led to partner with New York City through its association,” Bullard says. 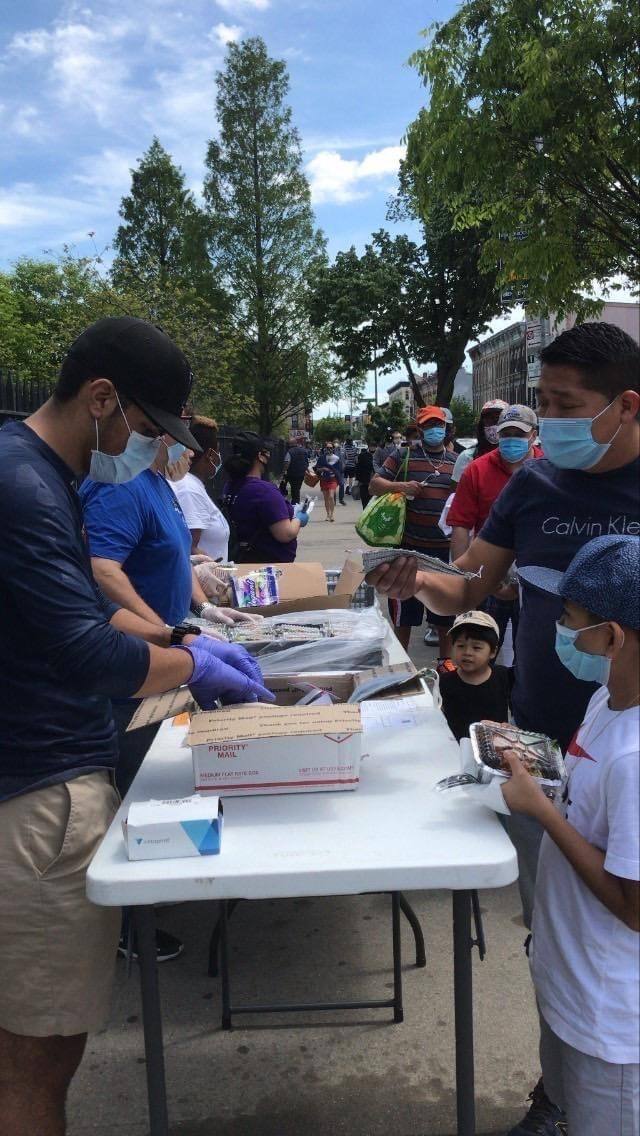 MNYBA Partnership Coordinator Kevin Cabe is also ready to network churches outside of New York to churches within the NYC area to engage moving forward. He currently lives in South Carolina which positions him to work closely with local churches and Baptist Collegiate Ministries looking to mobilize teams to New York. According to Cabe, MNYBA “wants college students to go, get a taste of the city and fall in love with it. We want people to move to the city to work and be a Christian in the community and serve the local church.”

Cabe is aware of some CMBA connections to NYC including Jamie Rogers, current Baptist Collegiate Ministry Director and former church planter in the MNYBA on Long Island. Cabe says CMBA churches have served in NYC including teams from Midtown Fellowship, Spring Valley and First Baptist Columbia.  Other South Carolina partners, including the Charleston Association, have supported MNYBA through prayer, monetary gifts and virtual missions connections. When travel conditions improve, Cabe says he is available to schedule vision trips and construction and missions teams to meet several specific needs there.

For his part, Russ sees the value of churches being present in the community playing out in NYC today. Outward-focused churches are building on the relationships they worked to establish before there was a crisis, and that’s a valuable lesson to all churches.

“Churches that were already relating to school boards and police precincts are number one on the speed dial for community leaders because they put in the time to connect with the community. They will see themselves flourish because of the trust built. If anyone ever wondered about the value of spending time in the community, this confirms it,” Russ says.

Cabe is available for additional information on partnership opportunities in NYC through his email at kcabe@mnyba.org.