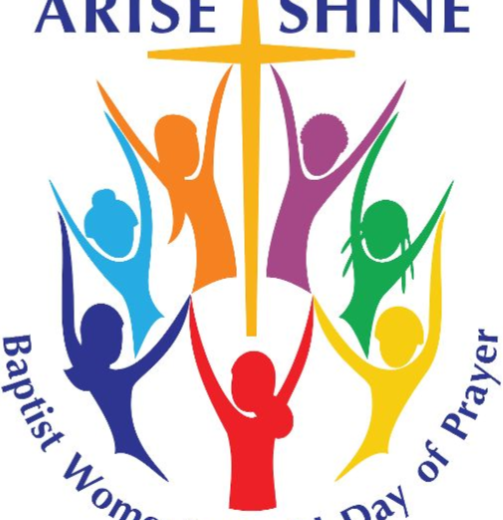 Women from the Columbia Metro Baptist Association (CMBA) and the Gethsemane Association met together to celebrate Baptist Women’s World Day of Prayer on November 4th at Concord Fellowship Baptist Church in Columbia. Under the theme “Arise and Shine” more than 100 women gathered for prayer, Bible study and fellowship. It was one of the largest crowds for this event in 15 years. The event also marked the first since CMBA has officially relaunched the Women’s Missionary Union (WMU).

“It is wonderful to see women from the two associations coming together with the common cause of prayer. This day of prayer reminds us that no matter what church and association we choose to affiliate with, or any other differences we may have, we all have one thing in common – we have confidence that our creator God will hear us when we pray,” says Cathy Locklear, CMBA community impact ministry mobilizer.

Rev. Ralphetta Davis, member of Concord Baptist and president of the CMBA Women’s Association, points out that the partnership between the two associations is extremely important to the success of the World Day of Prayer event.

“We were able to join Baptist women throughout the world to serve God with our worship, prayers, giving and experiencing the Word of God. This was a time of powerful, passionate prayers being offered up to God for other women around the world. Women from both associations offered up worship and gave monetary gifts from the abundance of their hearts. That’s how we, as women of God, arise and shine through our service to God,” Davis says.

During the evening prayer service Rev. Gayle Coker, mission instructor and second vice president of Gethsemane Association, welcomed the women saying, “If ever we needed a time of prayer, we need it now. We are here to pray for sisters all around the world.” President Jessie Chandler brought greetings from the Gethsemane Woman’s Auxiliary and said that for over 58 years Baptist women around the world have celebrated this time of prayer and fasting together.

“We are joining the women of these continents and countries for prayer, knowing that women across the world are praying for each other. When we rise up He shines through us. Jesus is truly glorified through our service to others and we become more like Jesus when we serve. Know that the prayers of faith spoken tonight will certainly be heard by God our Father,” Chandler said.

Representatives from both associations prayed for Baptist Women’s groups across Africa, Asia, Europe, Caribbean, North America, Latin America and the South West Pacific. Prayers were lifted for families, marriages and access to jobs, and for issues that touch women of all nationalities including safety, risks of abuse and human trafficking.

Locklear introduced the Baptist World Alliance which networks the greater Baptist family to impact the world for Christ, and the Baptist World Women’s Global Alliance which works toward peace, reconciliation, justice and development among women. Attendees gave offerings and prayed for these organizations, which have a personal connection to CMBA Director of Missions George Bullard.

“I was delighted during my years with Baptist World Alliance to support the ministry of the Women’s Department. A lifelong friend, Patsy Davis, was the director of this department for several of those years. Patsy is now retired to South Carolina, and we hope to involve her in future World Day of Prayer events,” says Bullard.

“It is extremely important to pray for and support the ministry of the Women’s Department as they seek to develop leaders among women in the more than 200 Baptist conventions and unions throughout the world. I would hope that not only would we gather to pray for this ministry the first Monday of November, but also that we would lift up and support the ministry of women in missions, evangelism, ministry to oppressed women and leadership development for women throughout the year,” says Bullard.

Attendees of the November 4th event were also greeted by host church Rev. Andre Rogers and heard speaker Rev. Michelle Raven, an associate at Concord Baptist Church. In her message Raven reminded participants that serving is a blessing.

“We are to serve with purpose, passion and peace. You can’t serve with peace unless you stay connected with God. We are blessed to serve, follow His commands and be used by God,” says Raven.

Women of all ages are invited to join WMU groups in their local church or association. The next Baptist Women’s World Day of Prayer will be held November 2, 2020, with a location announced closer to the date.

For more online information about CMBA visit www.columbiametro.org and Gethsemane Baptist Association at www.gbaonline.org. Additional information about Baptist World Alliance may be found online at https://www.bwawd.org/