After 18 Years of Church Planting, Jeff Shipman Says the Future is Focusing on the “Why” Not “How” 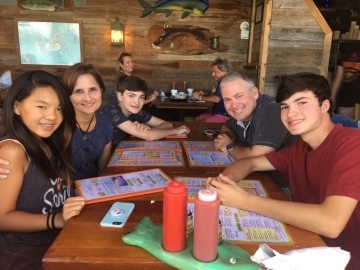 His goal is gospel saturation throughout the Columbia area. He is passionate about it.

He’s also passionate about serving alongside the Columbia Metro Baptist Association, facilitating conversations about gospel saturation within the metropolitan area.

A native of Bessemer City, NC, Shipman grew up in a small Southern Baptist congregation. In 1989 he graduated from the University of North Carolina and worked two years in corporate banking. He moved to Columbia in 1991, attending Columbia International University during which time he started Young Life at Irmo High School. He went on to start Young Life clubs at Dutch Fork and Chapin high schools.

During the 1990s, Shipman was in Charlotte at a leadership training event led by Presbyterian minister Leighton Ford. As part of the training, Shipman had to complete a self-assessment and scored high as a church planter. That began a three-year journey that led to his first church plant in 2000.

“We started that first church in our living room with 13 people,” Shipman says. “No one was really planting a lot of churches then – it wasn’t fashionable. During that time, I connected with Dwight Smith, an adjunct professor at CIU. His work as a missiologist was global, and he asked me this question that changed my life: ‘Did God call you to plant a church or reach a city?’

“That was like a pinprick,” Shipman said. “If I was just going to plant a church, I just needed a better a sermon and a better staff than the guy down the street. All I had to do was have a growth plan. But, if my goal is to reach the city, that’s a compelling motivation for church planting. It takes my thinking off the ‘what’ and the ‘how’ and on the ‘why.’ If we go back to Scripture, God wants the Kingdom to grow and lost people to be found.”

“The way we’ve been planting churches is counter-intuitive,” Shipman said. “If I focus on the ‘what to plant’ and the ‘how to plant,’ I’m going to start saying things like, ‘Why do I want my people to leave? How much money will this cost us?’ Unfortunately, a pastor’s self-esteem is often tied to church attendance. We all have our ego wrapped up what we do, but it can’t be an overpowering component. We can’t be control freaks; we must live with our hands open. We must have a hunger for every man, woman, and child to know the gospel. When pastors focus on gospel saturation, then church planting becomes a necessity.”

“You know, Coca-Cola doesn’t have one store where everyone goes for a Coke. It decentralizes so that it’s easy for everyone to find and buy a Coke. Our problem with the gospel is access; church planting makes the gospel accessible to everyone.”

Shipman and his wife, Allison, and their family have helped plant 25 churches over the past 18 years though some of those are daughters and granddaughters of church plants. He’s watched some grow, and some fail, but through it all, he knows that healthy things regenerate.

“About 12 years ago, we launched a church with 150 people,” he said. “Within three weeks those empty seats were filled with other people. I can’t explain why that happened except that God honors making the gospel accessible.”

“What does it mean to have a church plant?” Shipman said. “It can mean a house church, video venue, a satellite with a live preacher – all of that. They can be big, and they can be small. I don’t believe that every big church is a bad church. I don’t think every house church is a healthy expression because I’ve seen some very unhealthy house churches.

“What we need are healthy churches interested in Kingdom growth, making the gospel accessible, and then multiplying with other expressions that give the gospel greater access. I’m for that and planting is a great way to do it.”

A Wednesday Word from George Bullard for February 2, 2022

A Wednesday Word from George Bullard for September 22, 2021