Church Planting is at the Heart of George Bullard’s Ministry 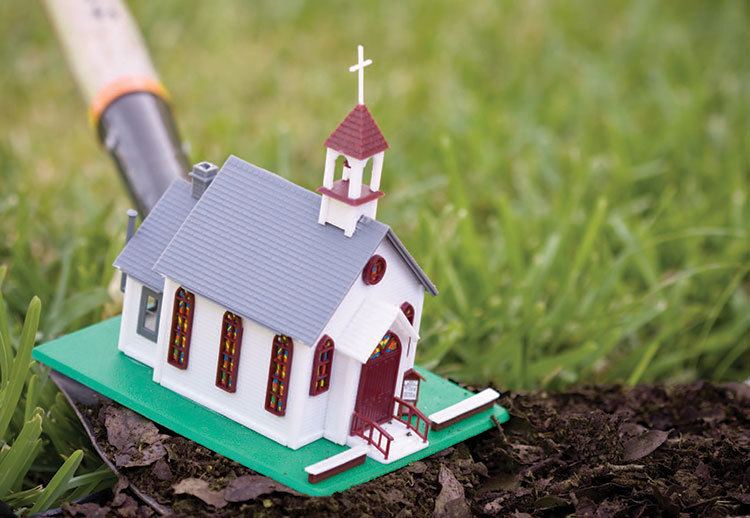 Church planting can work when church planters start churches. But the deep, rich, exponential Kingdom growth occurs when churches plant churches – and that includes satellite campuses and non-traditional plants like home churches, workplace churches, and even churches meeting over wings at a local restaurant.

George should know. He’s literally lived a lifetime watching, learning, engaging, writing, and teaching strategy surrounding understanding people and calling them together as a church plant.

Born into the Home of a Church Planter

In January 1950, G.W. Bullard left the staff of the Baptist Convention of North Carolina to become pastor of a new church north of Raleigh. The plant was a Sunday School class that went out and became Temple Baptist Church. George Jr. was born that same year.

“That church grew to more than 500 in attendance within seven years and then Dad accepted a call to serve a church in Baltimore,” George says. While in Baltimore, G.W. led the church – Gregory Memorial Baptist – to plant two churches – Long Green Baptist in 1958 and Reisterstown Baptist in 1960. “By the time I became a teenager, I had grown up in a home where church planting was talked about a lot.”

G.W., who served on the board of directors for the Southern Baptist Convention’s Home Mission Board (now North American Mission Board, in Atlanta), left Gregory in 1965, accepting the call as director of missions for the Delaware Valley Baptist Association with churches from southeastern Pennsylvania to southern New Jersey. From 1965 to 1972, the association grew from seven Southern Baptist Churches to 29. It was during that time, that George Jr. personally stepped into church planting.

“My first church plant – that I directly helped with – met for two and one-half years in a motel,” George says. “I worked there, helped with the organization, and played the keyboard every other Sunday. I loved having my Sunday School class in a motel bedroom but having my mom as a teacher took some of the fun out of it.”

At 19, in 1969, George planted Delran Baptist Church, which met for 30 years but no longer exists. “I learned a lot of the bread and butter tactics – the methodology for organization. I learned the model for creating a home Bible study or house church, and then creating more and more of them until they all come together as a critical mass for corporate worship.”

Key Learnings about Church Planting from the Bullard Household

Growing up in a household that loved church planting and growing the Kingdom, George says he was bound to learn from all the dinnertime conversations and when his dad met with key leaders at home. Asked about what he learned, George says:

Columbia, SC is a Field Ripe for Harvesting

The roads of George Bullard’s adult life have led him to these days as director of missions for the Columbia Metro Baptist Association. In the late 1970s, he was on staff at the Mecklenburg (Charlotte, NC) Baptist Association, where he was involved with church revitalization and church planting. From 1981 to 1985, he served at the Home Mission Board, developing a strategy to reach the nation’s mega cities of 1 million residents or more. Church planting was a big part of that conversation. He joined the staff of the South Carolina Baptist Convention in 1985 and led a successful missions initiative to start 500 churches in 15 years.

“Believers must be a people of gospel saturation,” George says. “One of the best ways to do that is through church planting – gathering people together where they are rather than expecting them to come over here to us. Churches need to focus on a multiplication movement in Columbia, getting off the bench and into the game of making the gospel known. That’s what I believe we must be about here in the metro Columbia area.”

The Columbia Metro Baptist Association has approximately 100 churches, and George prays that within a generation it can have 200 churches.

“We are anticipating growth of 200,000 people in the next 25 years,” he says. “If we are going to do what we have the capacity to do, we must start 100 churches during that time. That would include satellite churches, home churches, and weekly gatherings in unconventional places. The model of starting a church with a building and a pastor is a limiting model; it’s like fishing in a shallow pond where we can see the fish. We must fish in a deep pond with multiple kinds of fish that require multiple techniques of fishing. This area is a multi-cultural, multi-racial community.”

Richland County – home to state government, Fort Jackson, and the University of South Carolina’s Columbia campus, is close to a majority non-white population.

“Think about it,” George says. “We have more than 50,000 students in higher education here, and many of them will stay around their university after graduation. There are more than 50,000 active and retired military family members who live many neighborhoods throughout the area. Anyone in missions will tell you that this is a marketplace of non-English, internationals. Yes, we have embryonic attempts to start African diaspora, work with Haitians, and an Asian-Indian church, but it’s got to go to the next level.  We need a new church culture that focuses not only on the existing churches, but increasingly on growing new churches within a growing community crying out for the gospel.”

To further the conversations about gospel saturation, and church planting and prayer movements, the Columbia Metro Baptist Association is planning a series of event beginning in January 2019. Interested individuals can join the association’s mailing list by going to the website at www.ColumbiaMetro.org.

“This is a very serious effort,” George says. “We are already using lifestyle research gathered by Tom Carringer, who was a top executive at ACS in Florence. Tom is helping us understand our community better. We are working to connect with the Christ Together Movement, focusing on gospel saturation in urban settings. Jeff Shipman at Columbia Crossroads, an affiliate with the state convention and a member of our association, is leading us in this movement along with Will Plitt. Ryan Dupree and Robbie McAlister are a tremendous help in identifying international groups.

“These are exciting days, and I am thrilled to a part of what God has in store for us here.”